It’s late October when I am picked up at home in Singapore on an early Friday morning. Unlike most of my travels, this time, I’m loving the idea of a resort holding my hands from the moment I step out of my door until I reach its final destination. Yet I am quite intrigued by the place I’m headed. I can barely find it on a map. My husband points at the waters between peninsular Malaysia and Borneo on Google Maps. I have to zoom it in hard to realize those little dots are actual islands.

As we approach the small archipelago by air, however, my hesitation suddenly switches to astonishment. The six islands below appear as if out of nowhere, ringed by turquoise waters so clear that we view a dense sub-aqua forest of corals from up in the clouds. It feels completely removed from the rest of the world, almost like a mirage, the azure ocean framing a forgotten pristine lush tropical greenery.

Reaching these lost islands is a smooth journey from Singapore. The super-modern nation provides a jumping-off point for this remote archipelago scattered deep in the South China Sea. We take an hour-long ferry towards Indonesia’s Batam island from Singapore’s terminal, followed by a drive to a midsized airport. Then, we board a nine-passenger amphibious plane for a final 90-minute flight, which could have been shortened by a third of its duration haven’t we need to detour to avoid Singapore’s military air space. As our barefoot captain signals to his crew we are soon to land, the anticipation builds in. We arrive at Bawah Reserve, a group of islands and a marine conservation area that rests in sheltered carefree seclusion in the spectacular Anambas Archipelago, 160 nautical miles (300km) northeast of Singapore. A place well tucked out of the way and off the tourists’ radar. 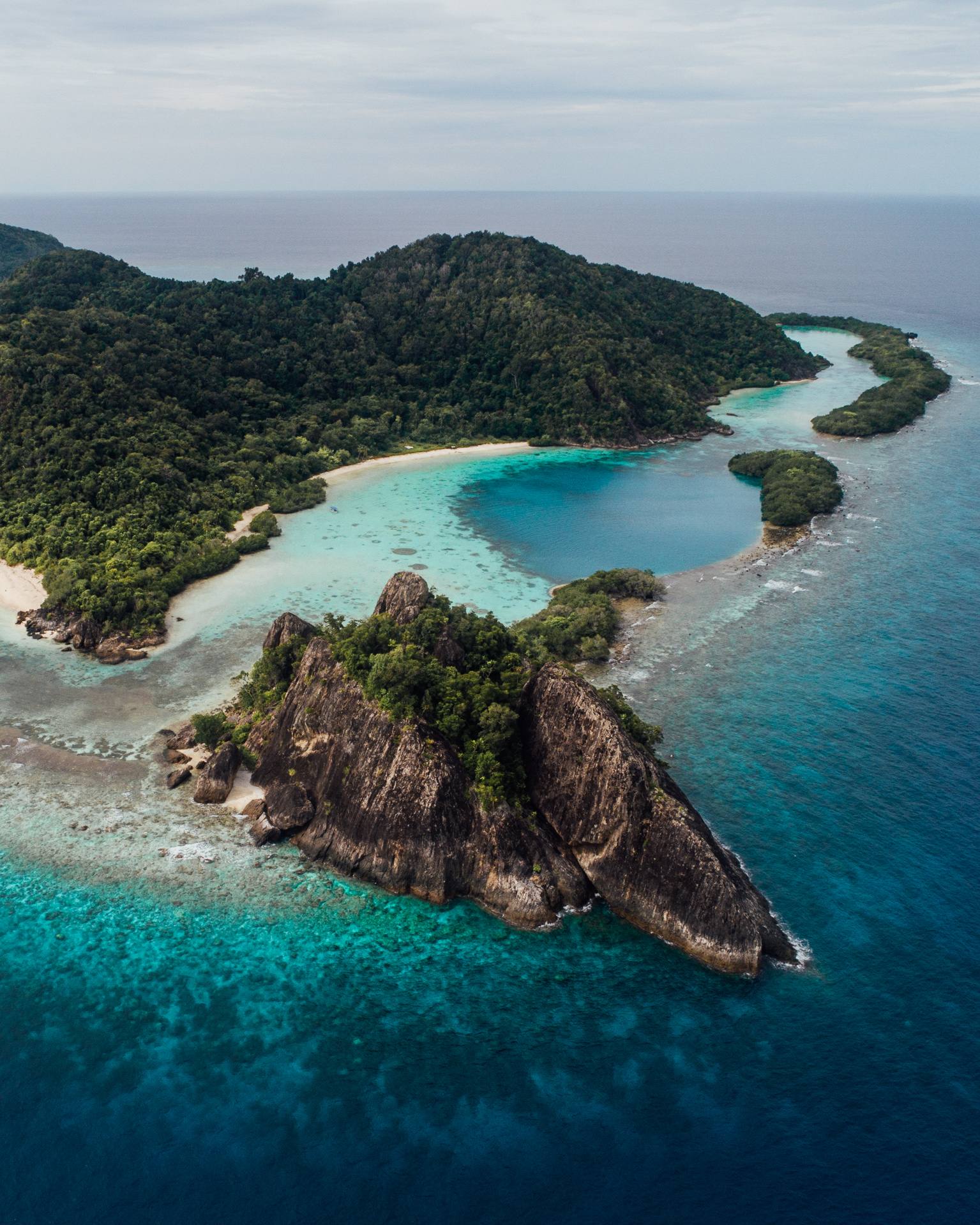 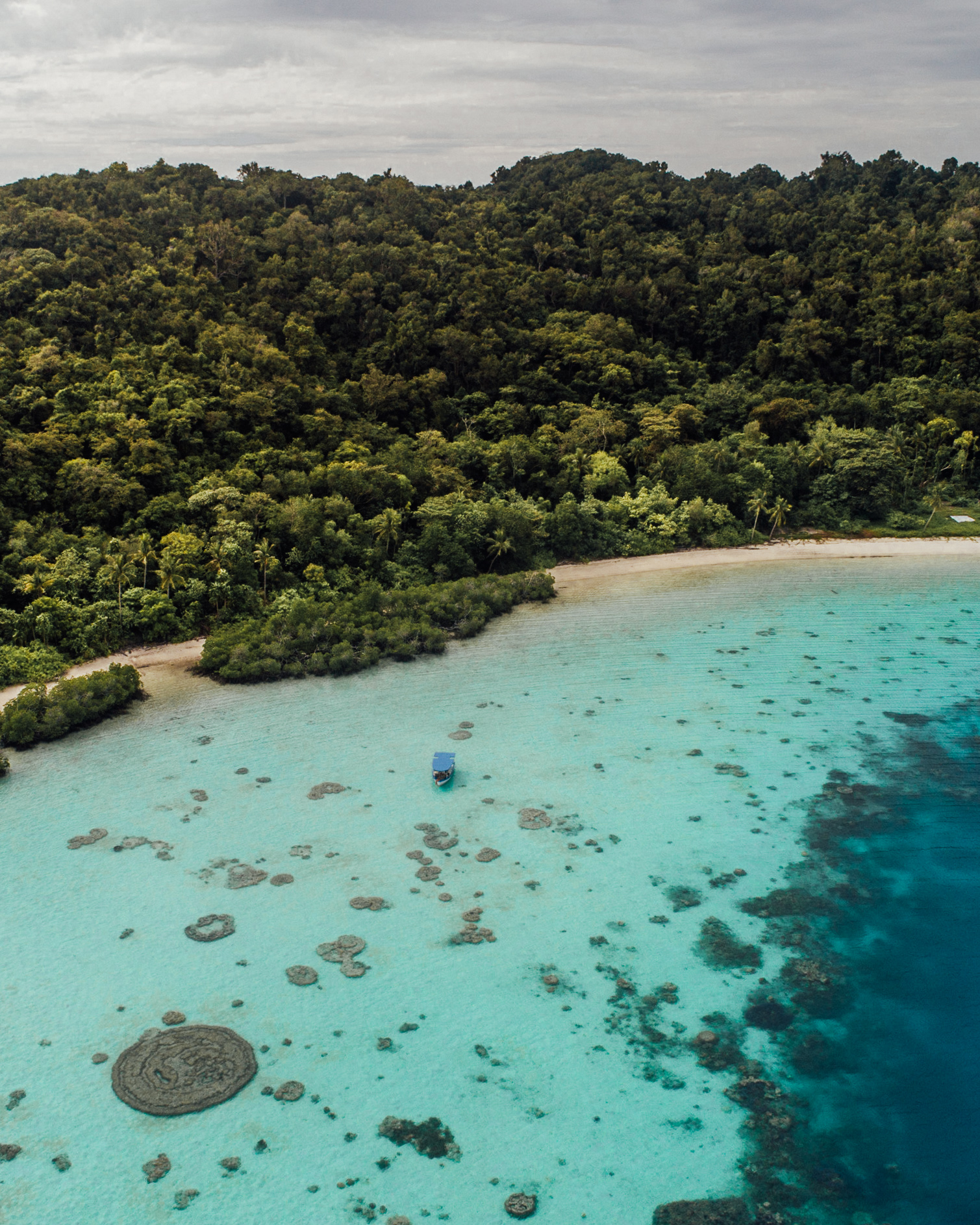 Bawah’s water is so clear, we see the abundance of coral life from the air 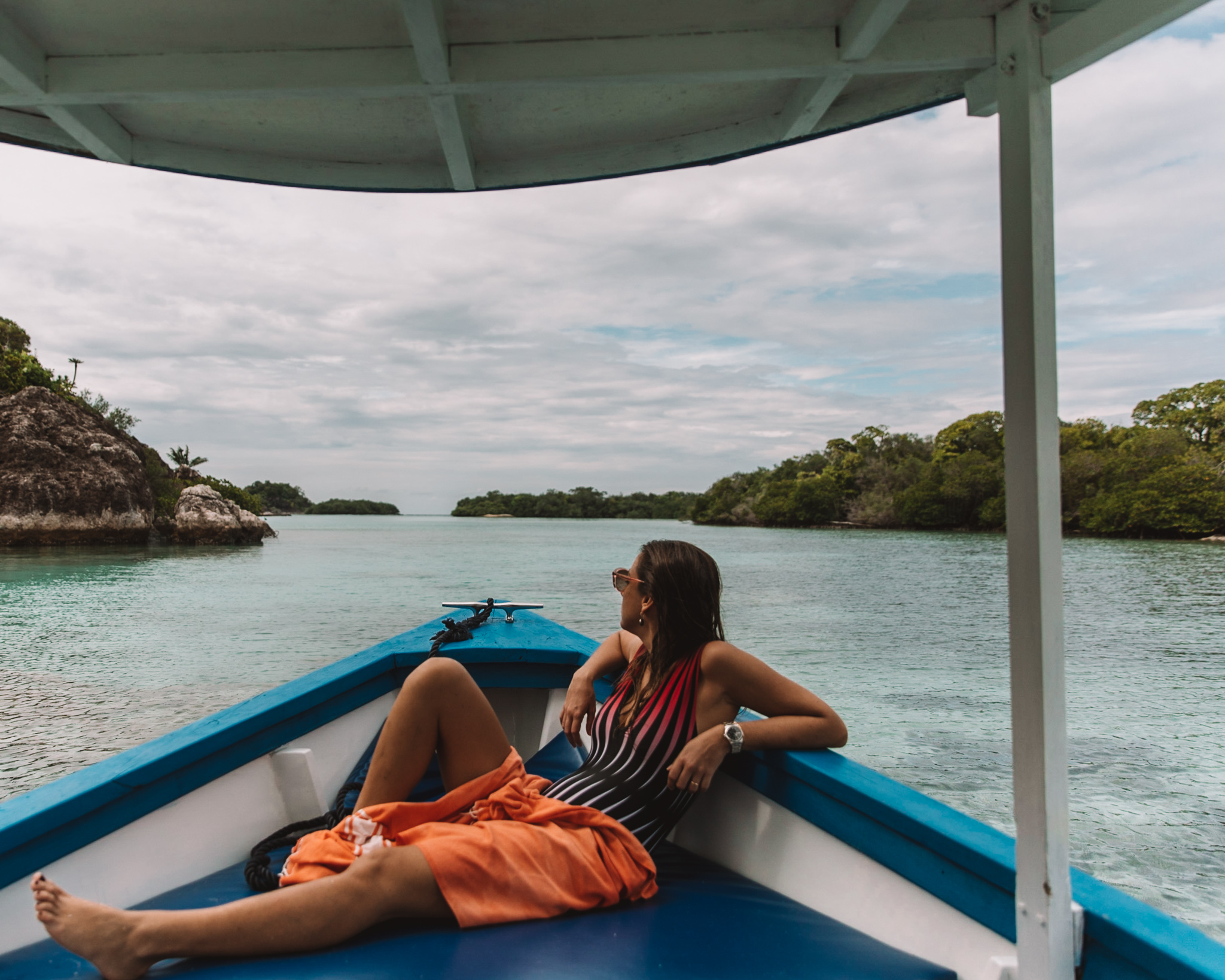 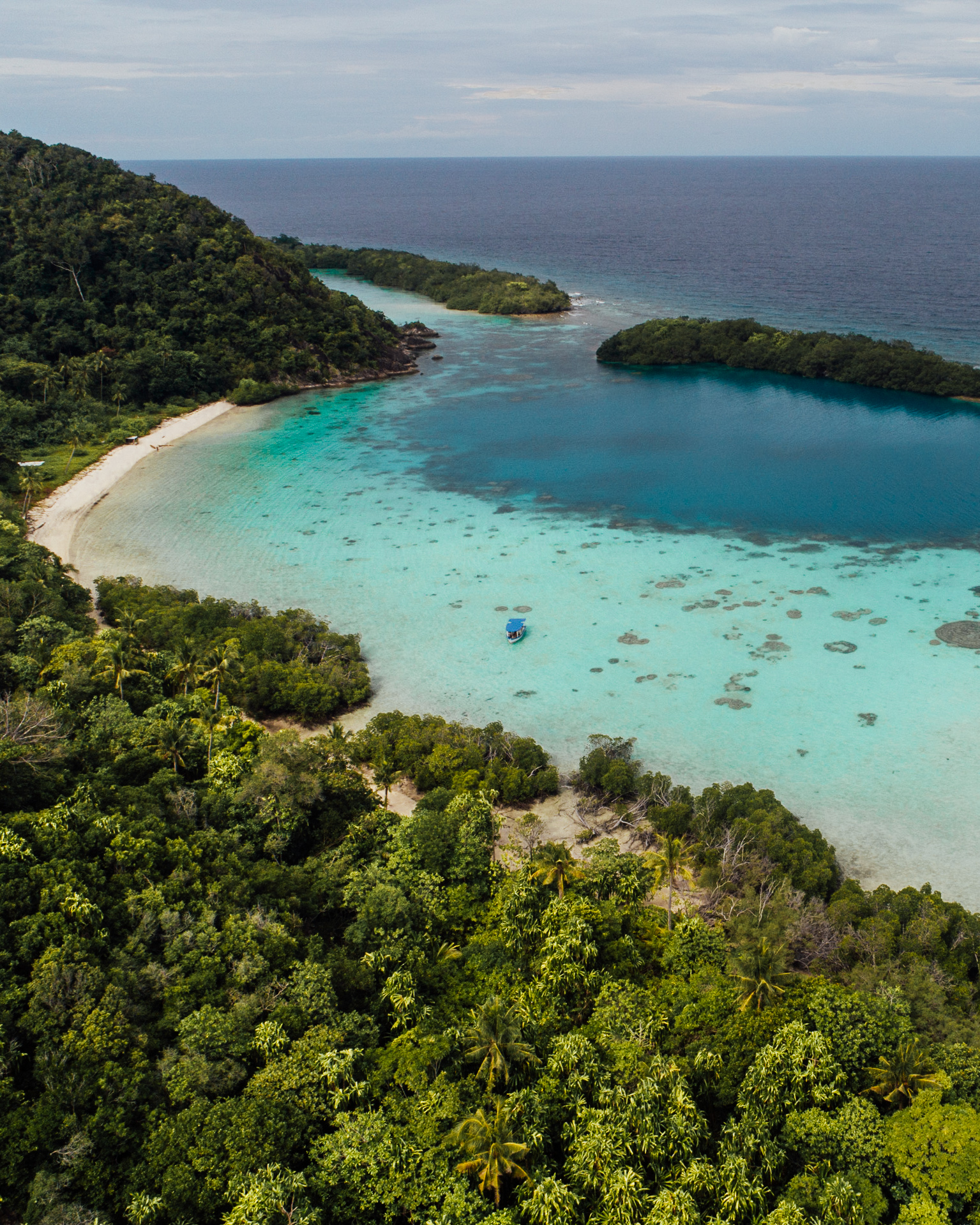 Geographically, the Anambas archipelago is closer to Malaysia than to any bit of Indonesia. Its native people, the Orang Laut (“people of the sea”), have spoken a dialect related to Northern Malay rather than to Bahasa Indonesia. Thanks to colonial partitioning, though, Anambas is under the jurisdiction of Indonesia. The country managed to exploit the archipelago’s fossil fuel reserves before it was converted into one of Indonesia’s first marine conservation areas in 2011. There is barely any tourism development in the region as the government has focused most of its international efforts on other parts of the country, such as Bali.

Chinese and European sailors were the first to set foot in the territory a few centuries ago. But it wasn’t until Tim Hartnoll, a Singapore-based investor, stepped off its yacht on to its shores that Anambas has been put on the map. Hartnoll and a group of investors eventually purchased a cluster of the archipelago’s islands, intending to preserve its ecology. In 2017 they opened Bawah reserve, a previously uninhabited six-island, three-lagoon, and now a 35-villa, conservation-focused resort. It took five years to develop Bawah as only hand, and local techniques have been used to avoid land damage. The new owners also established a marine reserve, banning fishing in the surrounding area to prevent any destruction to coral and marine life. Bawah is a particular destination that runs on its own time, as it chooses to align itself with Singapore’s time zone rather than Indonesia’s to give islanders a later sunset.

Few things are more attractive than an island so isolated that a seaplane is the only way to get in. I enjoy the solitude when swimming in Bawah’s warm waters and kayaking in between its pristine lagoons. I also enjoy early morning hikes into the reserve’s forested canopy. The eco-designed suites and overwater bungalows are entirely made of sustainable bamboo sources, found in recycled woods. Sim Boon Yang, the Singaporean architect who designed Bawah, got his inspiration for the public pavilions’ roofs, which cascade down the hill, from the islands themselves’ shape and silhouette. There is an interesting mix of contemporary decor with indigenous craftsmanship, an exotic taste that presents a refreshing architectural style and five-star flair.

Yet with villas starting at $1,870 per night for three nights (all-inclusive, including transport from Singapore), access will remain limited. An alternative without a private plane is a complicated commute to other pockets of the archipelago. When the accessibility is arduous, a new type of travelers arises, a more adventurer, explorer kind. Paradise has never been an easy place to get to, after all. Only 10% of Anambas’ 250 islands are inhabited, and there are plenty of diving opportunities and extraordinary beaches. The jungle’s intense green, which rises over 150 meters, and the lagoon’s aquamarine contrasting with the reef’s lighter color are sublime.

The mirage of Bawah from a distance tips me off that it’s somewhere exceptional. But it’s when I witness the intact forest touch the sea that I get the actual perspective. 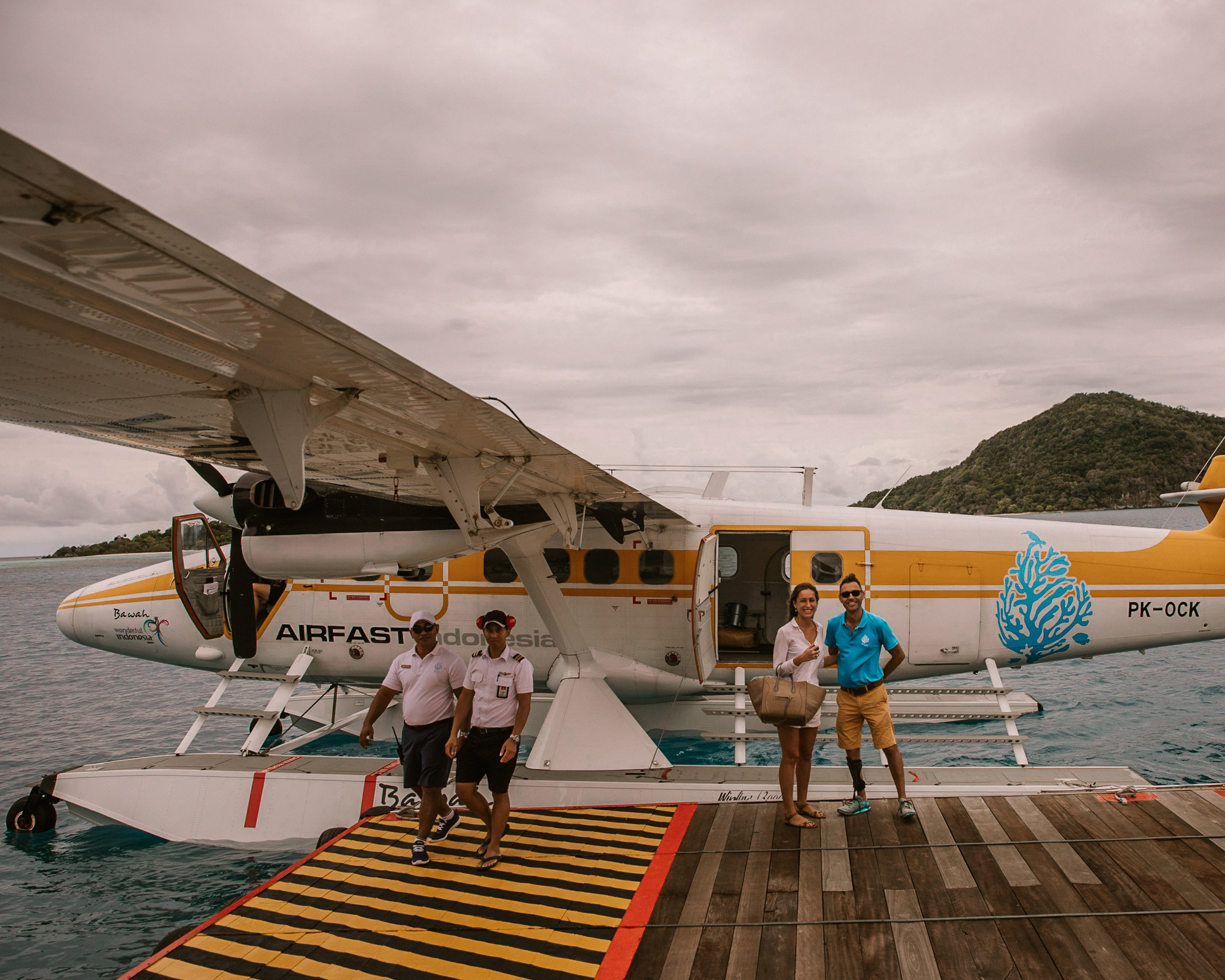 The best runway of all is the one made of water 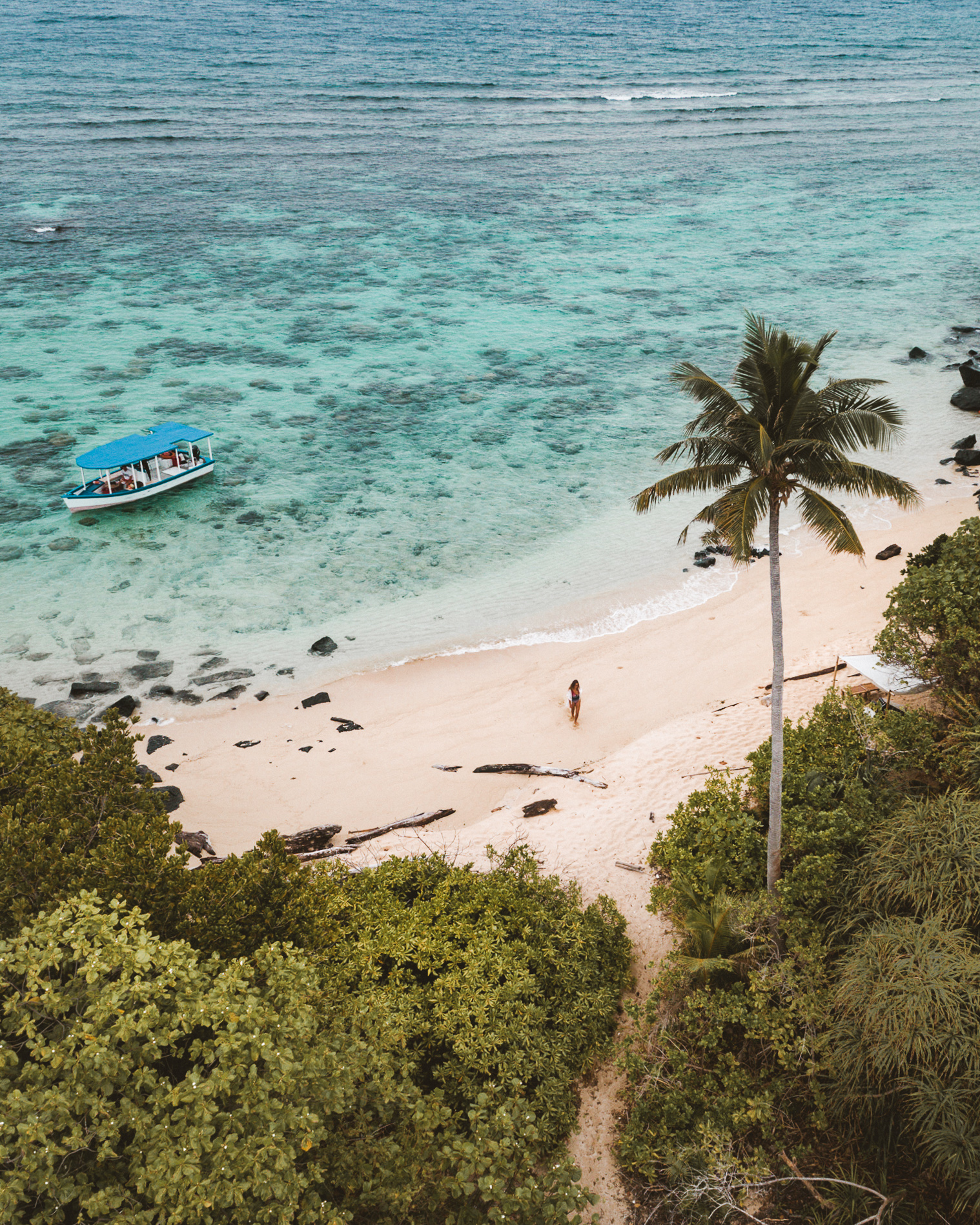 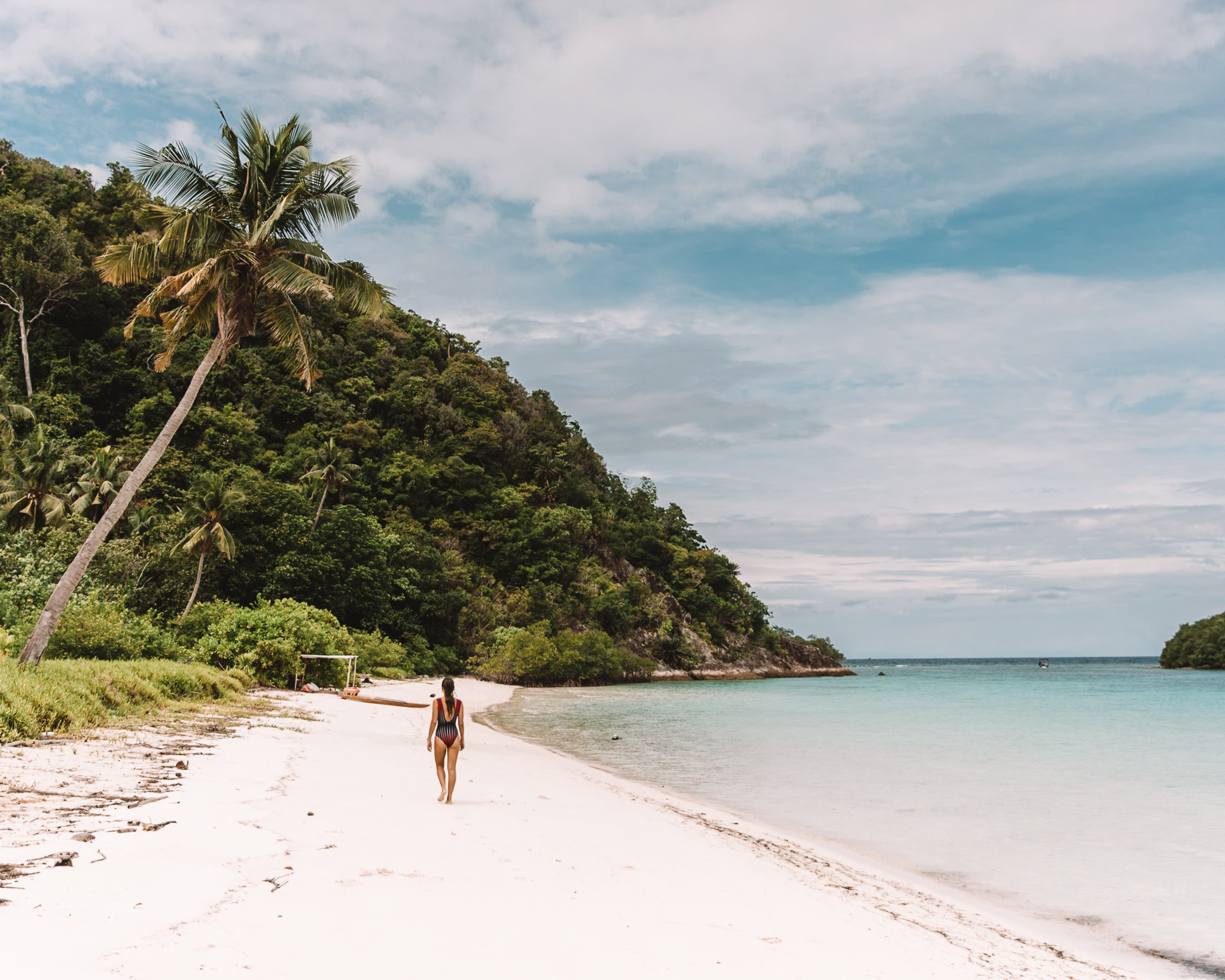 We traveled to Bawah in October 2018. For more details on this trip, please contact Nanda on nanda@weloveitwild.com