The last rays of sunshine lengthen over Conceição Beach as I swim just before dusk, birds flying over my head. The warm, constant flow of waves and white fluffy sand feel like velvet on the skin. Glorious “Morro do Pico”, in between surfers, rises above the shrubbery. I walk with bare feet through the long stretch of beach, to end up at Bar do Meio, where a small crowd gathers and dances at the sound of live music. 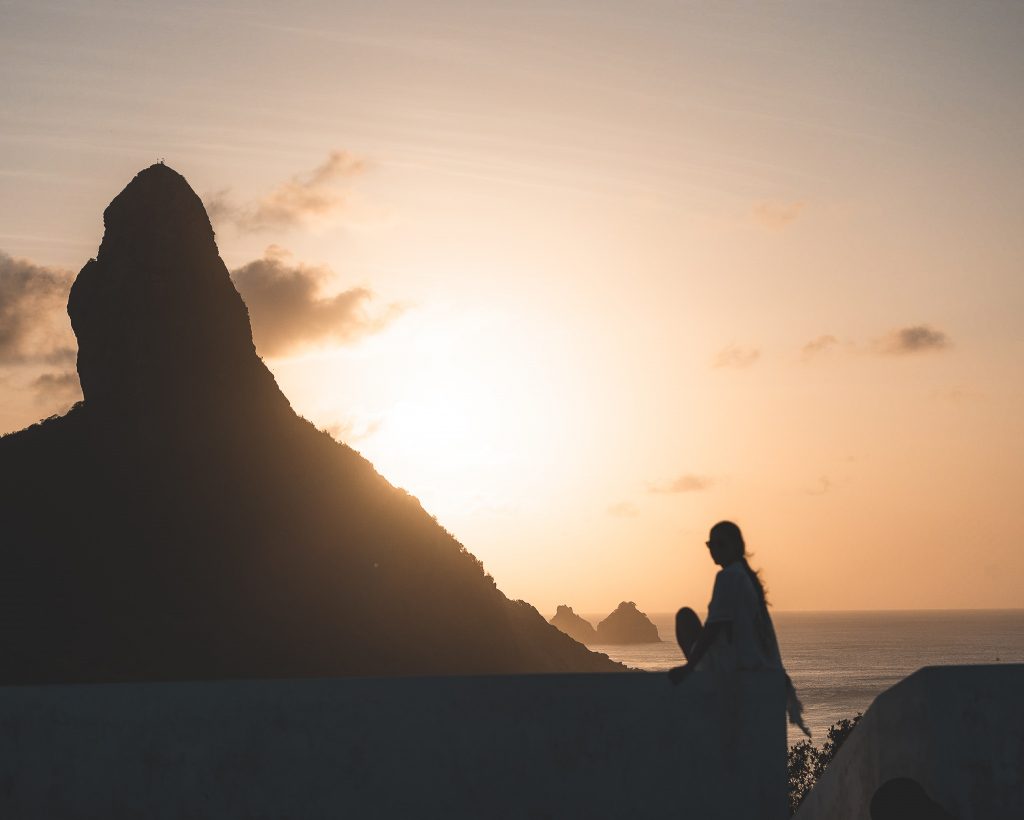 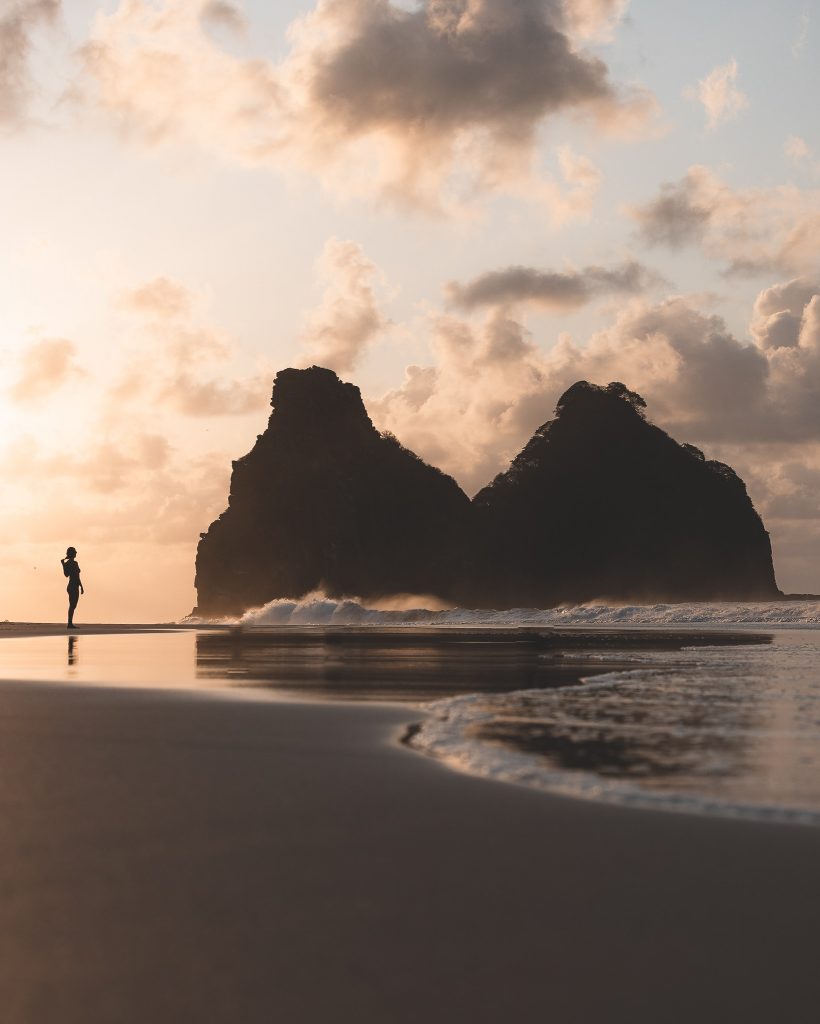 Brazilians, like me, like to say there is something magical about Noronha, a remote volcanic archipelago in the Atlantic, 340 miles off Brazil’s equatorial northeast coast, in the Pernambuco state. The chain of 21 pristine islands, where only one is inhabited by 3,500 permanent residents, is perhaps the country’s most hyped destination- among Brazilians. Though it has surprisingly remained off-the-radar for international tourism. Visitor numbers are restricted – a total of 675 at any time are allowed – and a daily tax imposed (most of it destined for conservation efforts). This is why Noronha’s beaches, some of Brazil’s (and the world’s) best, still feel shockingly wild and desolate. On many occasions, you’ll see no other soul rather than an odd surfer. 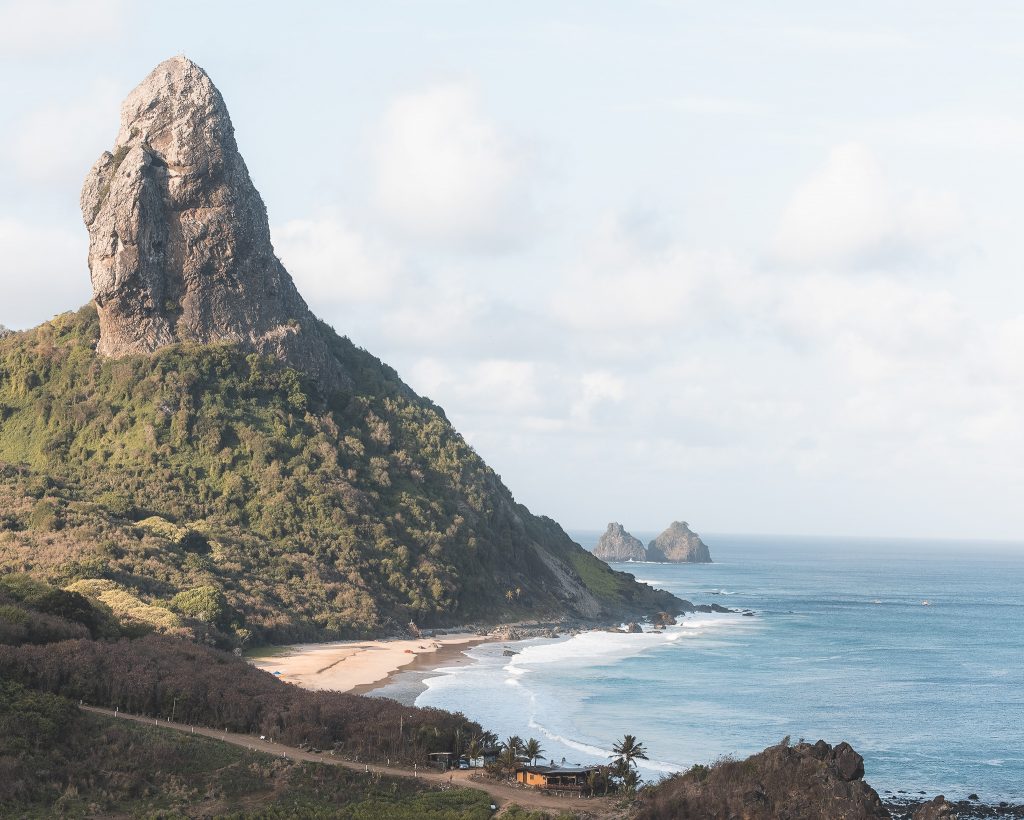 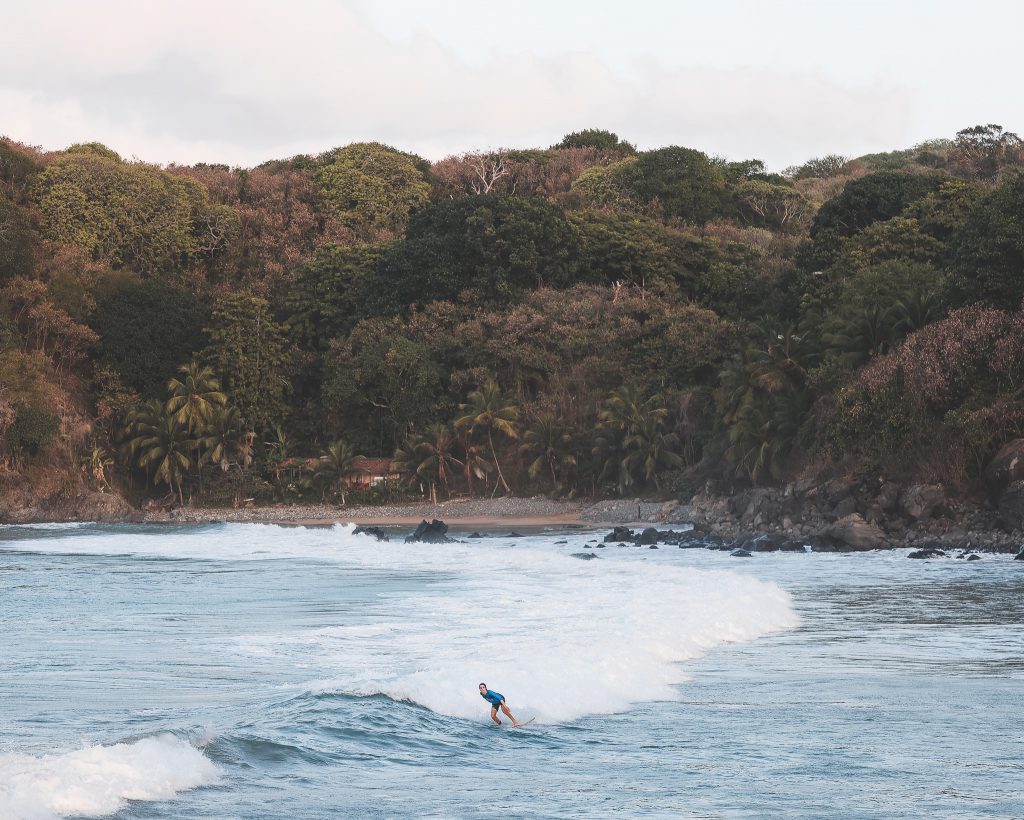 It’s the 1st of January, and I have just landed on the former US military runway of Fernando de Noronha, a former prison island turned into a military base during the Second World War. I take a three-hour flight from Rio to Recife, followed by a short one. From the air, Noronha is a mass of lush mountain jungle laced with beaches hemmed in by an azure sea in a curving landscape. It is just 10 km long and 1.5km wide, but dramatically peaked, with a 28.5-sq-km chunk of volcanic rock.

My German husband, Max, who travels with me, immediately comprehends why I have been telling him this is my favorite destination in the country. The island is a masterpiece of blue sea and majestic rock formations. But not only that. Its rich waters are fundamental for the breeding and feeding of South Atlantic’s marine wildlife. No wonder Charles Darwin was so enamored; in 1832 he did a stopover on his research vessel en route to the Galapagos.

Noronha is a Unesco site with 75% of the territory designated as a protected national marine park and sanctuary. Much of the main island, as well as all of the surrounding islets and waters, is encompassed by the Parque Nacional Marinho de Fernando de Noronha – Brazil’s first-ever national park. Tourism here is very regulated and wildlife’s friend with a track record of sustainable development. As a result, the island has remained a rich breeding ground for turtles, tuna, sharks, and marine mammals. It is home to one of the largest concentrations of tropical seabirds in the western Atlantic. It’s here the highest known congregation of dolphins in the world. 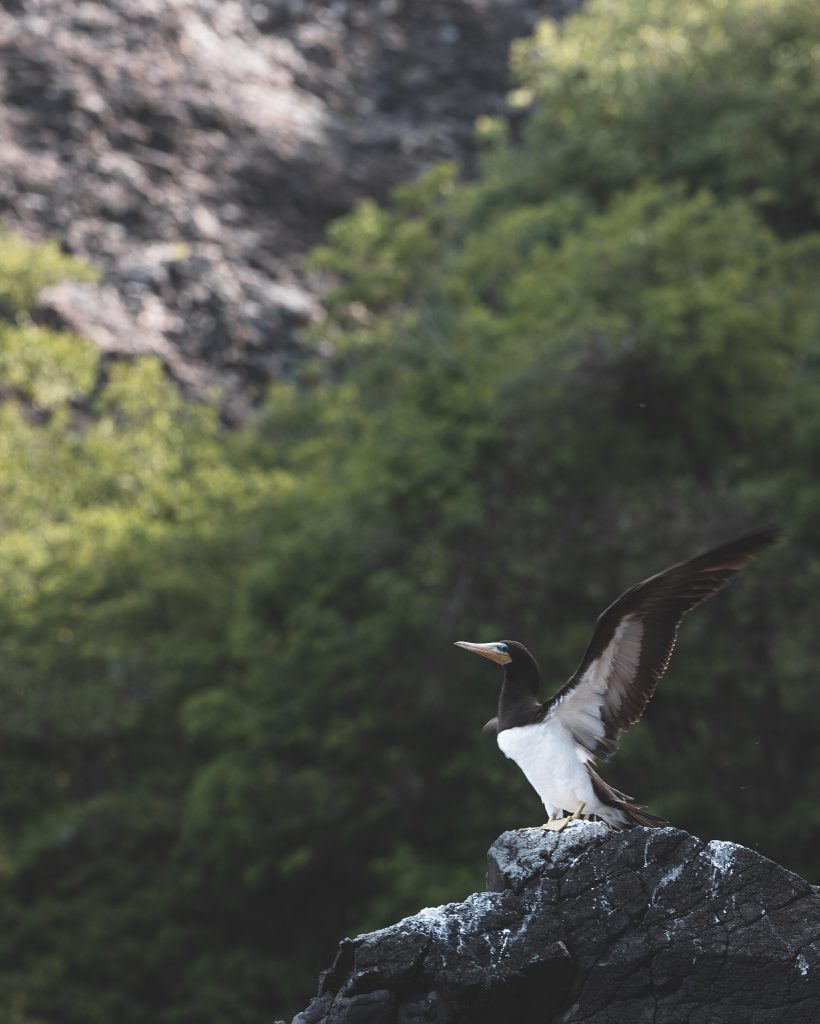 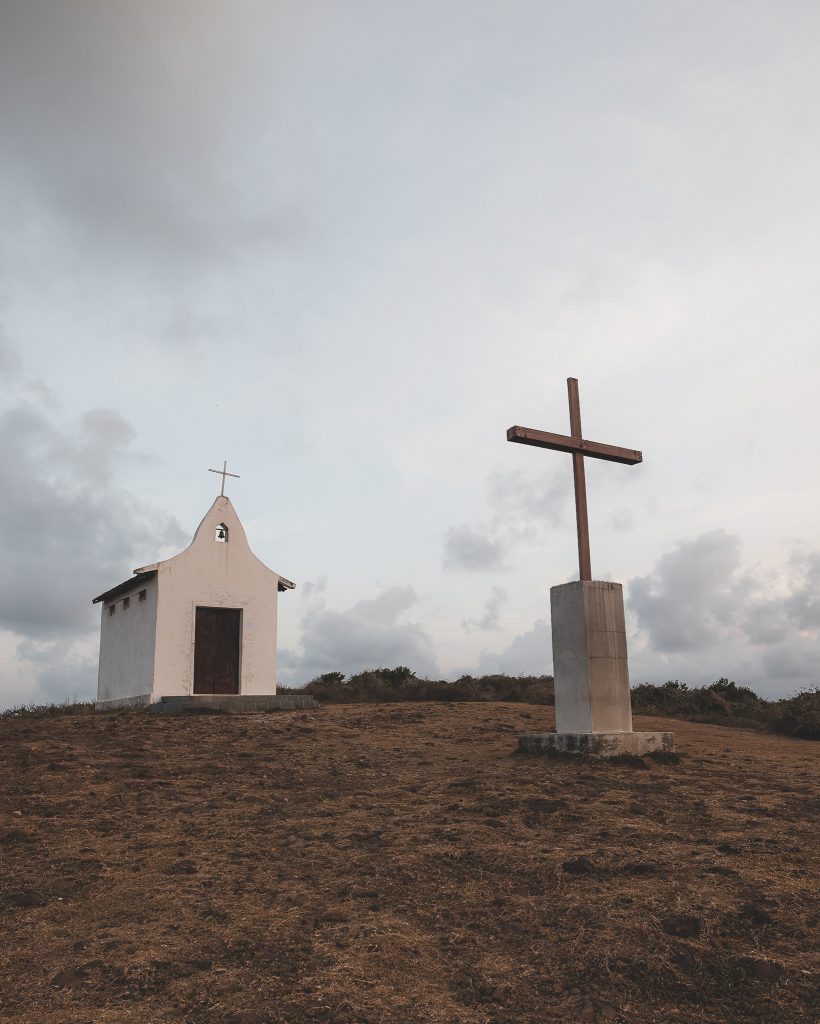 First, we road trip around the small island on a scooter (though everyone else is on buggies) to get a feeling of the place. Noronha’s exquisite naturalness fills me with a desire of being nowhere else. In some corners, I encounter tracts of sand with more birds, or turtles, than footsteps. There is no beach construction, no condos or large hotels (only inns called pousadas), and no sunscreen in certain tidal pools. The most pristine pockets of the island, including unbelievably gorgeous beaches, are within the National Park, where an entry fee is required.

Then, each day is a beach day. I enjoy going north to Cacimba to watch “Morro Dois Irmaos” jutting out from the sea. When the tide allows, I walk further left and cross a headland to Baia dos Porcos, Noronha’s smallest beach, for some sensational photos from its dark volcanic rocks. Sometimes a brown pelican swoops in the waters, or a baby shark swims along the shore. I come to Cacimba in the morning and also for sunset. Either way. It’s here the most exciting waves on the island (and arguably in the country). We are in the surfing season, and a big swell originated from the winter storms of the icy North Atlantic kicks in. Surfers are electrified. A crowd shows up on Cacimba’s soft, pale sand to watch the spectacle. The atmosphere is hard to describe. 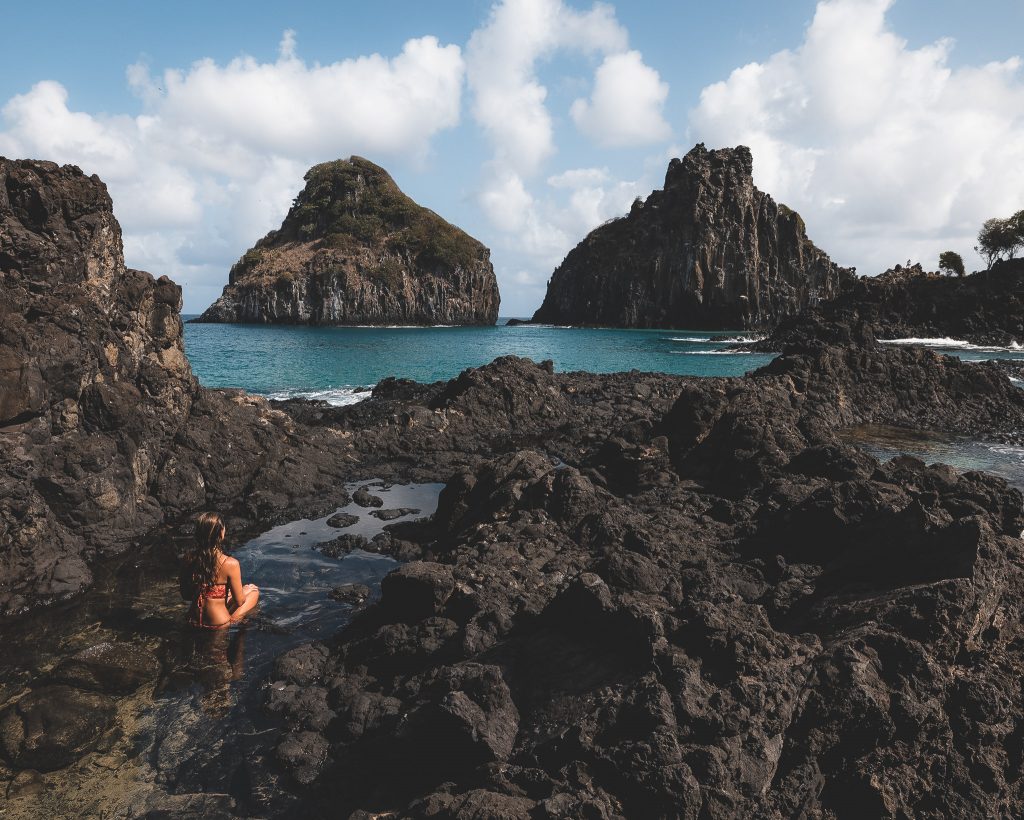 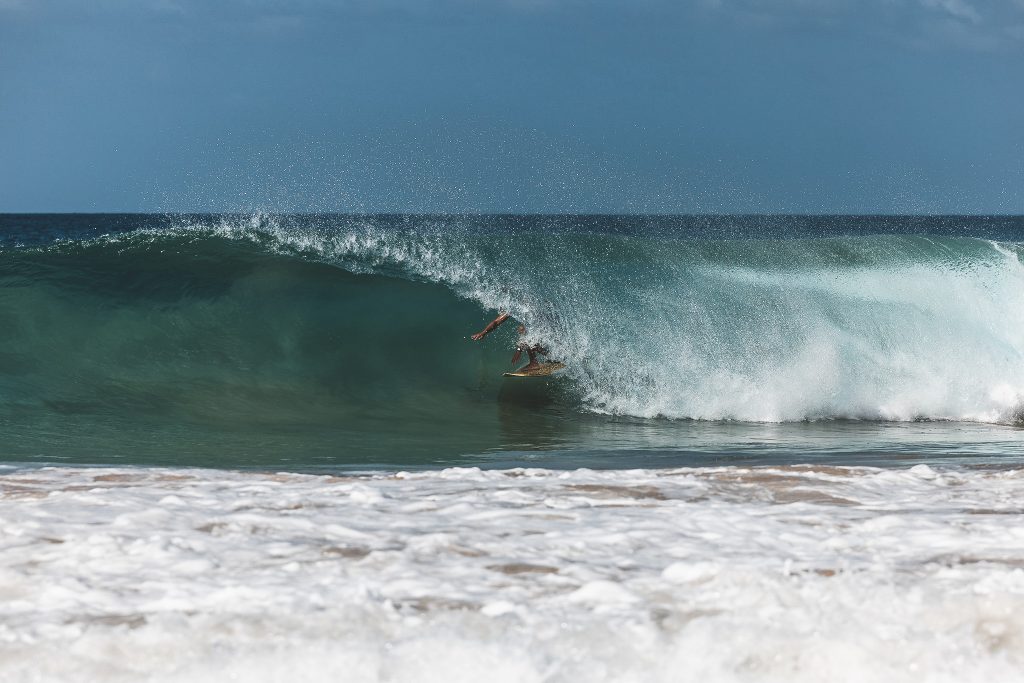 I love every beach in Noronha. Sancho, a protected cove of turquoise waters backed by cliff-cradled Atlantic rainforest, feels like entering Eden. It’s a dream. The difficult access means it’s reachable no other way than a claustrophobic ladder dropping 230 feet through raw volcanic rock. Visitors should follow a set schedule for coming in and out. I go to Sancho every other day during my stay and always get the wow feeling as I set foot on its soft, silky sands – an extraordinary scenery in front of my eye. I’ve never seen a beach this gorgeous with so few people. 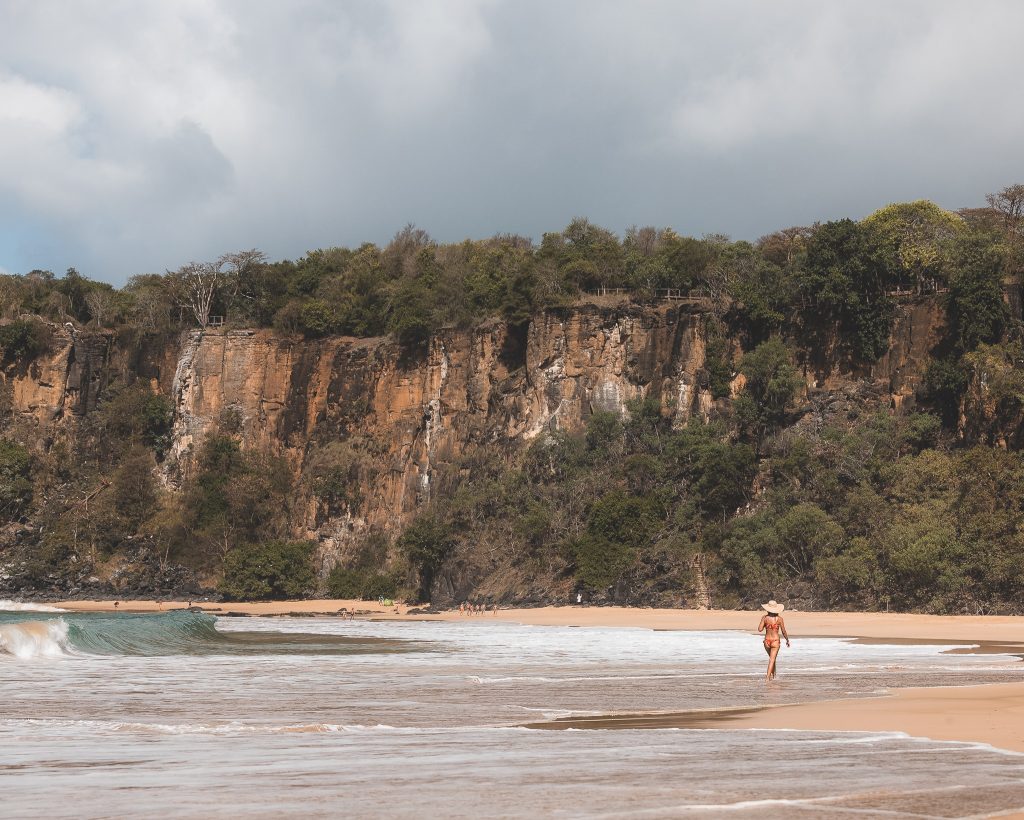 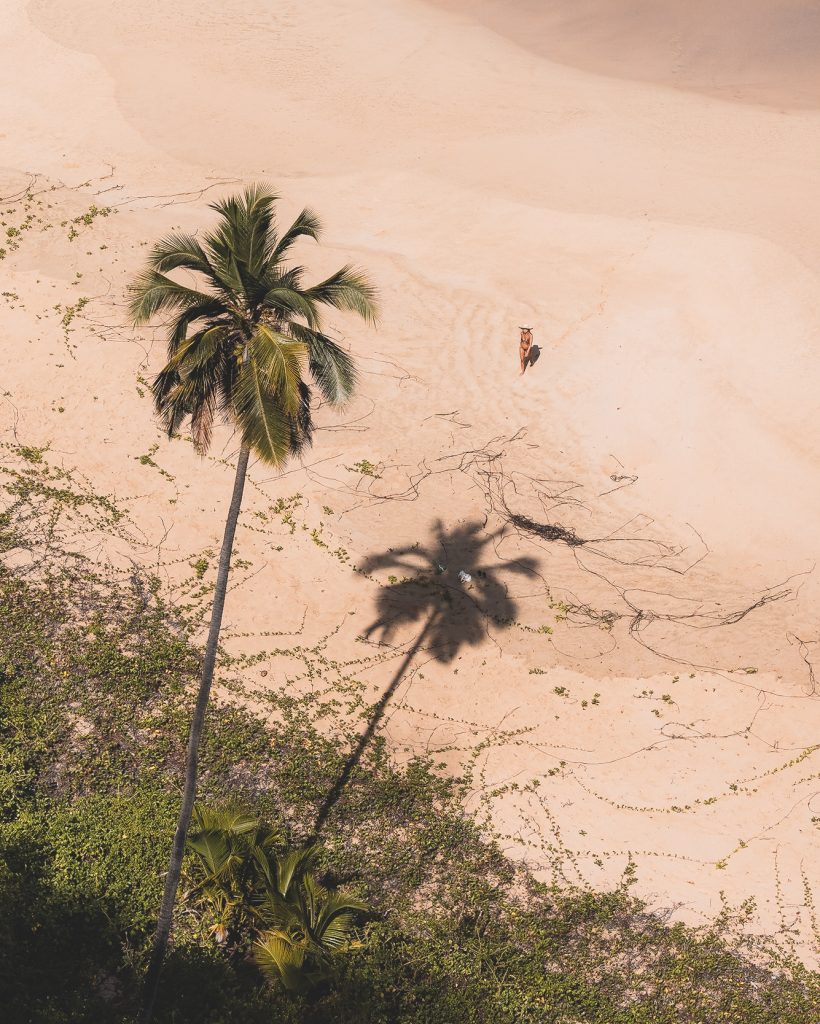 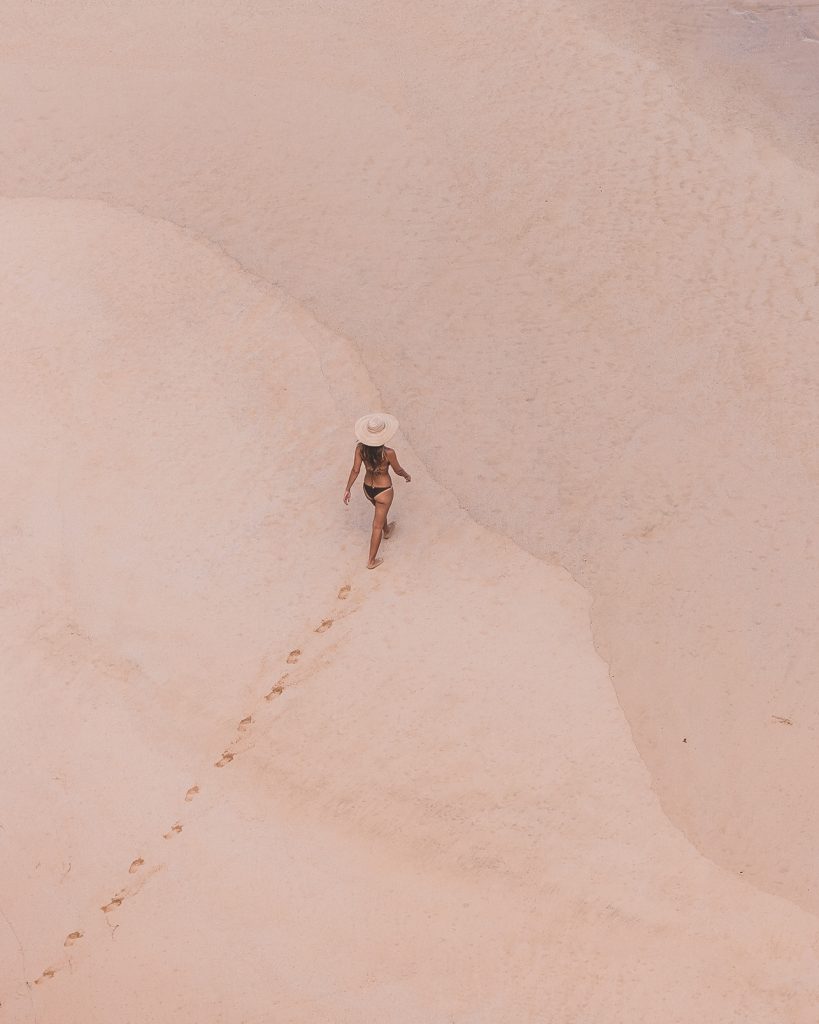 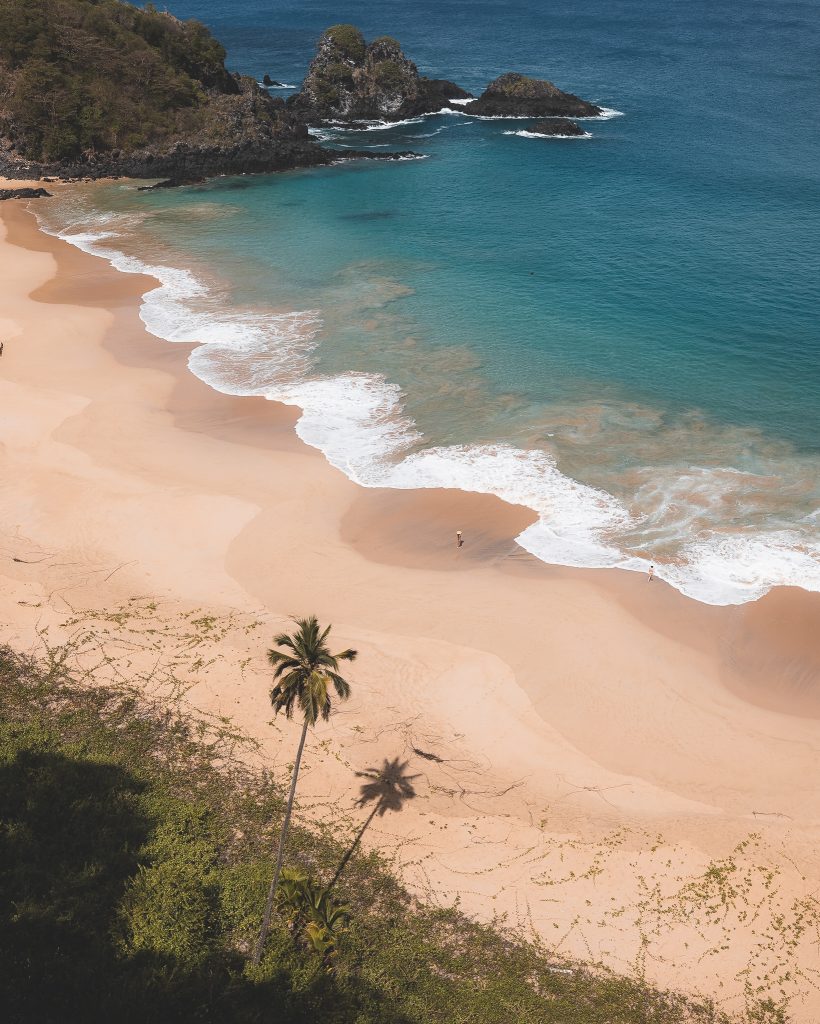 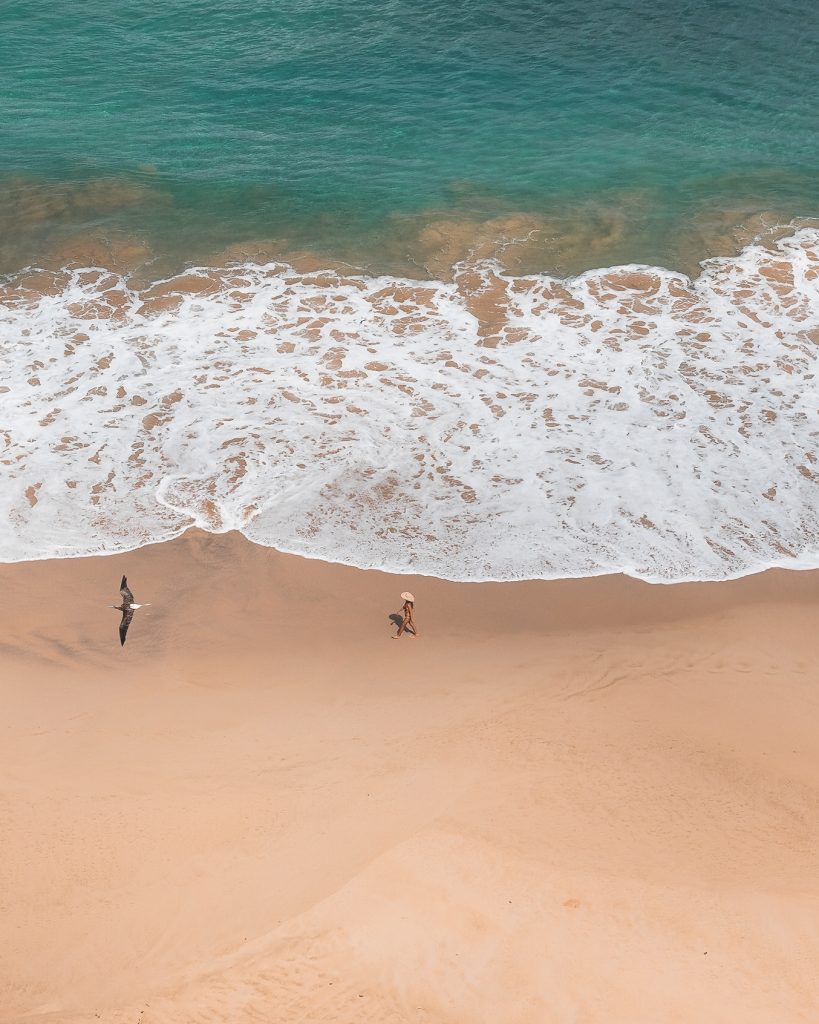 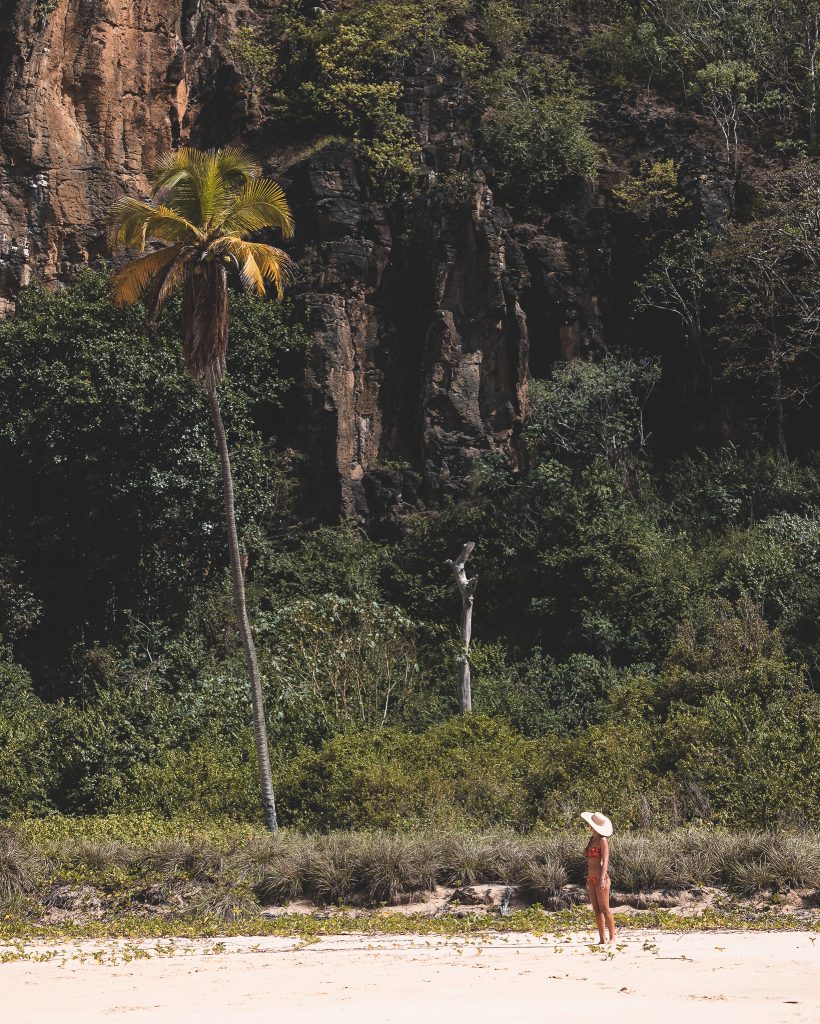 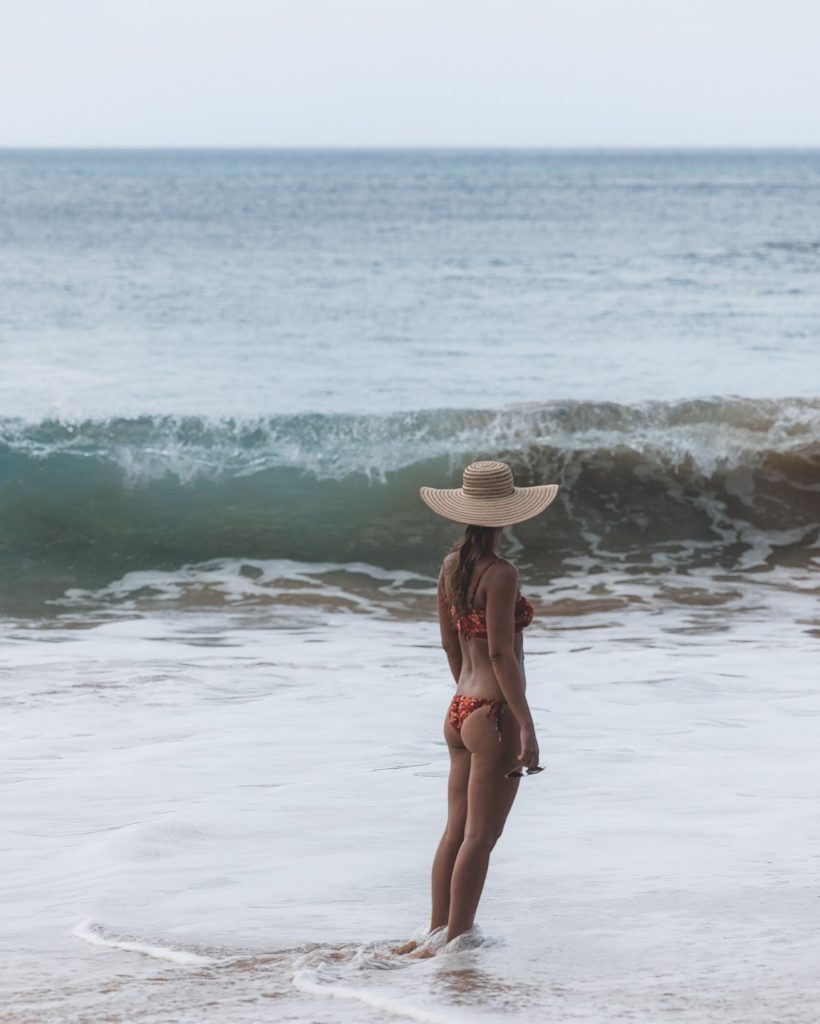 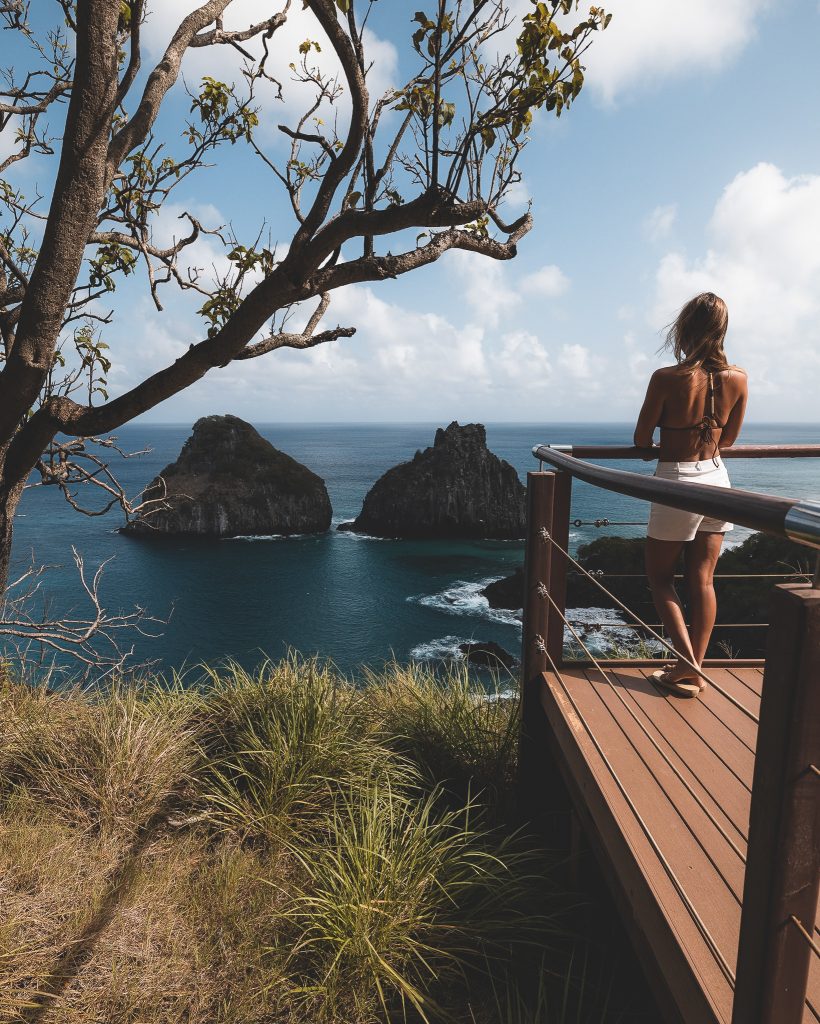 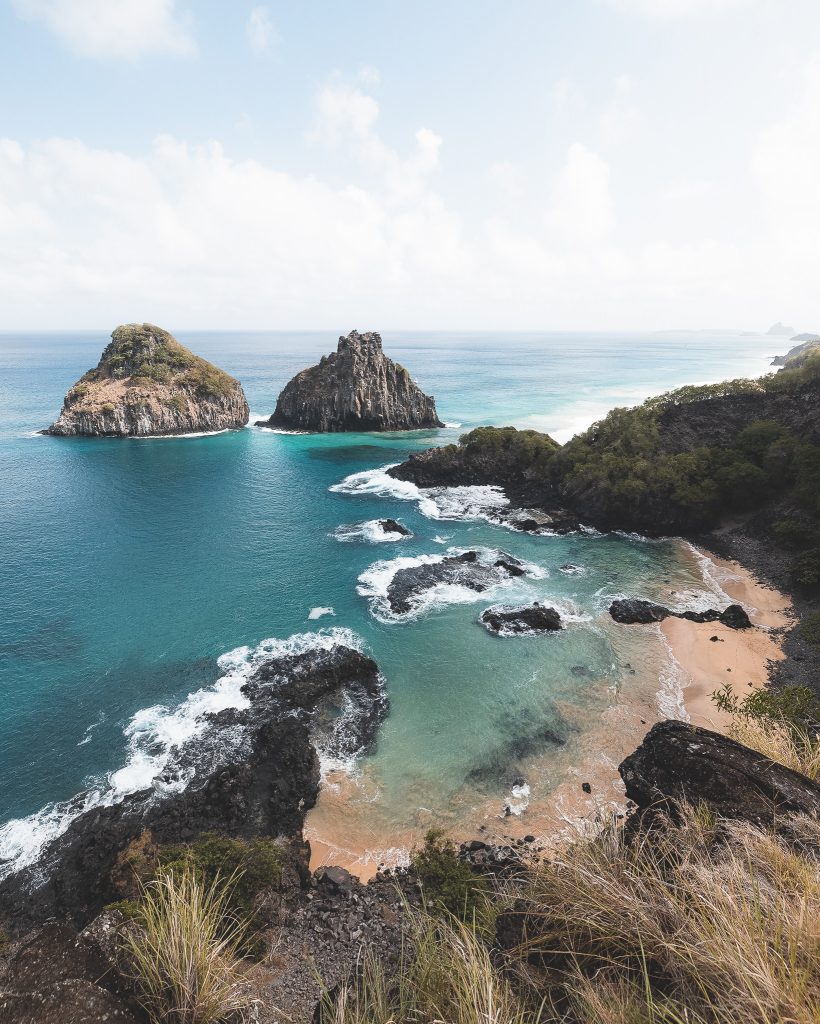 The whole island has a spirit that belongs to places we haven’t messed with. On the left of Sancho, we hike across Baia dos Golfinhos where Trainee biologists walk to the look-out point at dawn to count breaks in the sea’s surface as hundreds of dolphins swim in from a smaller island nearby. The bay, far below, is off-limits; the pods of spinners coming to mate and play are left undisturbed.

What else to do in Noronha? Lots, and very little. Some come for the surf or the diving sites; others to chill. I choose to explore every corner and navigate between its 16 beaches. On the south side, Praia do Leao is sublime and one of the prettiest. I go on hikes, such as Atalaia, which requires a guide and a permit. It runs along a dense forest track to emerge in front of crashing waves on an empty black-sand bay. When the tide is right, a natural aquarium is created by a coral ridge in front of the beach. 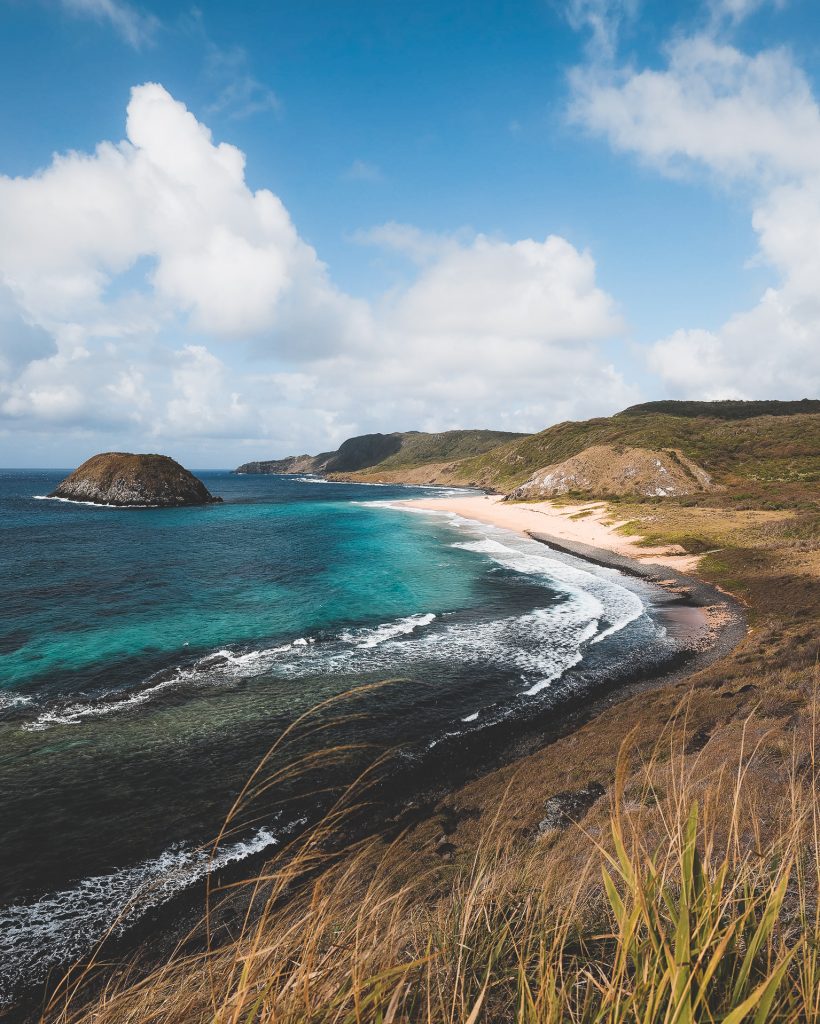 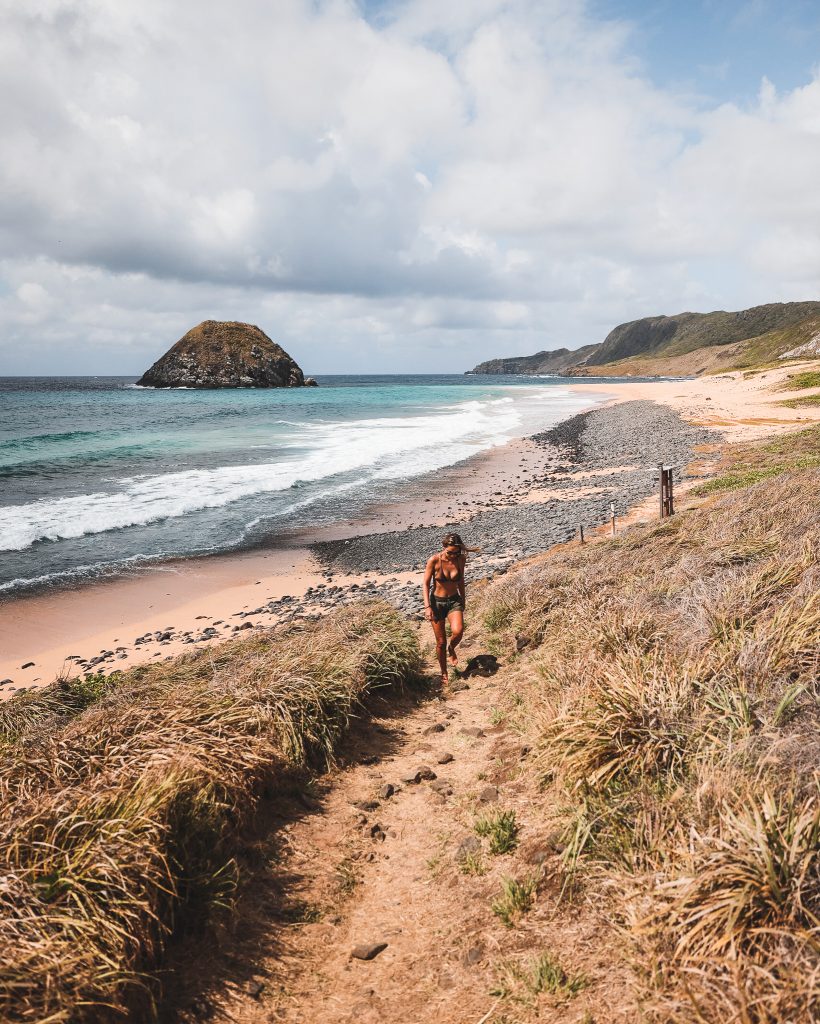 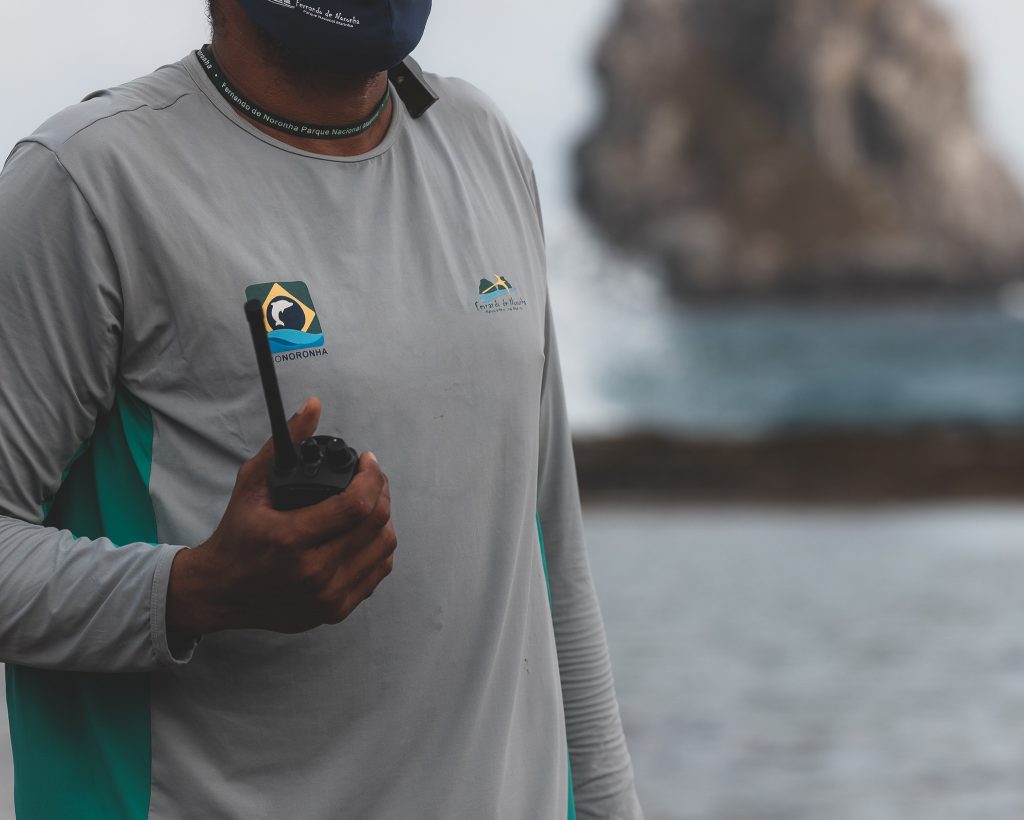 We stay at Pousada do Ze Maria, which belongs to Noronha’s biggest personality, known for hosting one of the best New Years’ eve parties in the country. It’s nice, a bit overpriced, much like everything on the island. Pousada Maravilha, a favorite among Brazilian celebrities, is the chicest stay with gorgeous bay-front views (a rarity due to highly restrictive building codes). But have in mind this is rustic Noronha. Despite the island’s distance from the mainland, there are also a few interesting restaurants. Mergulhao, with views of the port, is great for lunch, and Cacimba Bistro is the place to try the local cuisine. My absolute favorite, though, is Mesa da Ana. Husband-and-wife team Ana (a Cordon Bleu grad) and Rock serve only eight to 10 people per night in their modest backyard. It’s an island gem: authentic and very very special. There’s no advance menu: Ana goes with what the local catch dictates. Delicious and an experience in itself. 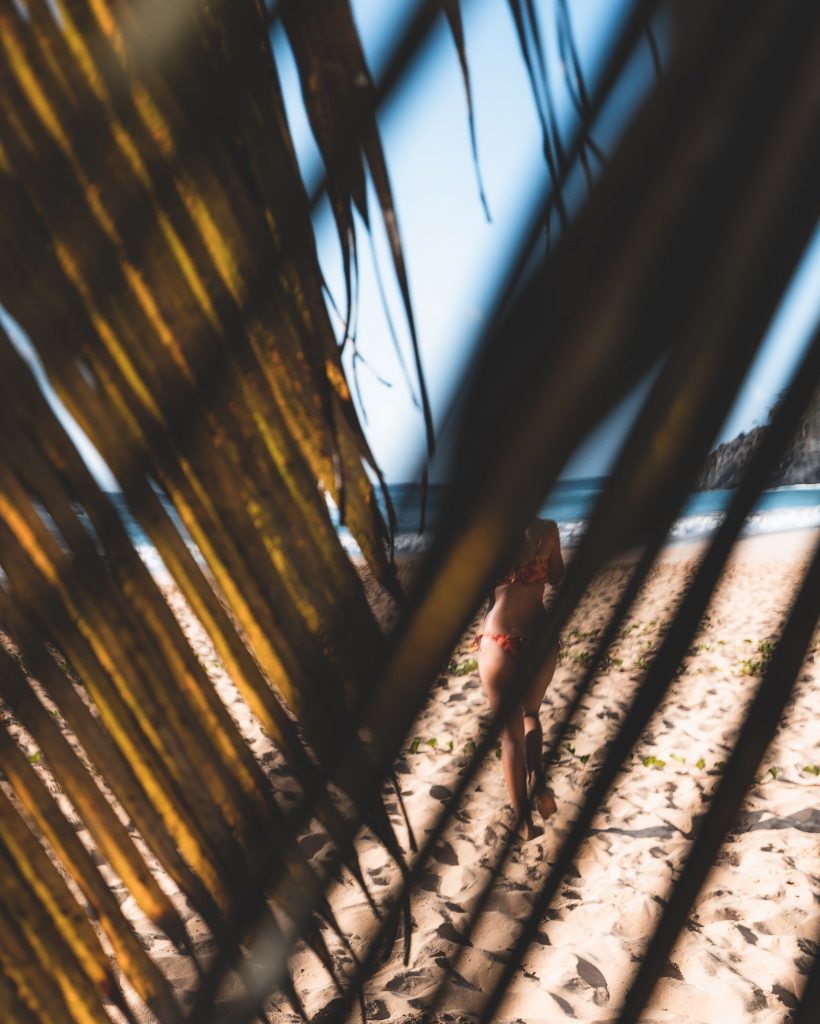 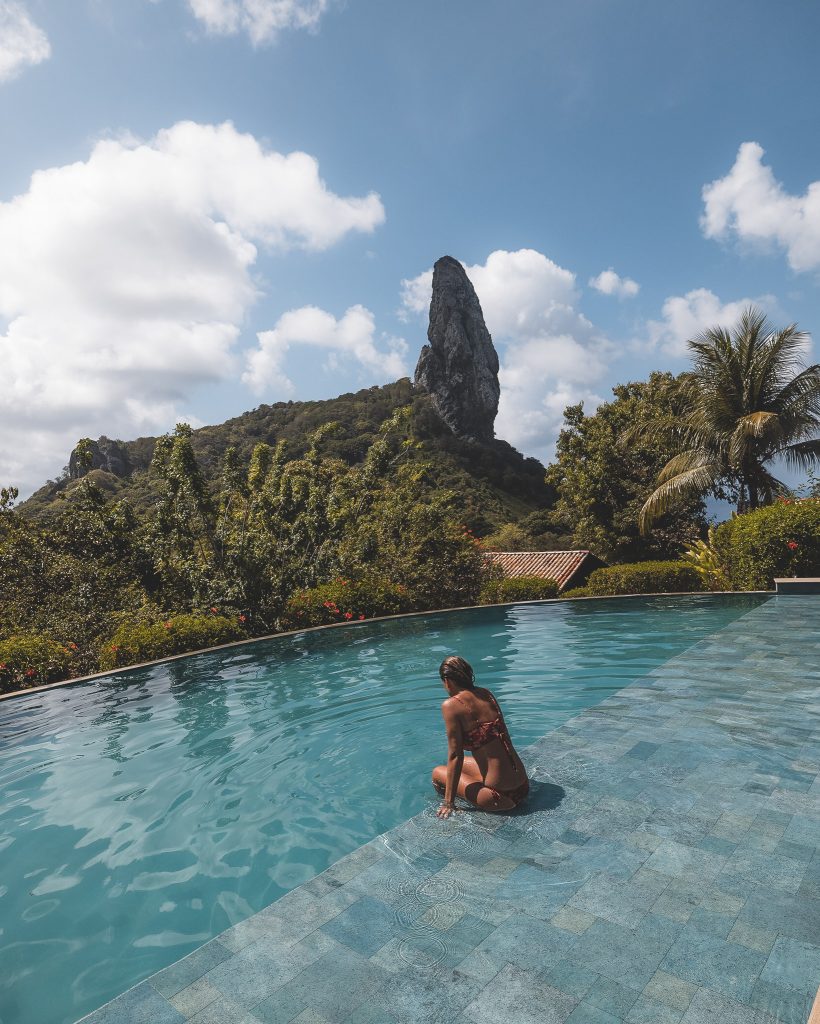 Pool at Pousada do Ze Maria

On one of these evenings, after dinner, we are attracted to a group of locals playing samba at Noronha’s main square. We dance, drink local beer, and sit in plastic chairs. As the music gets louder, I’m entranced. I look at Max and he is in sync, feeling the energy. He grasps Noronha’s vibe and the magic of the treasured island. We both know there is something unique about this place. Perhaps it’s the precious mix of a protected paradise with a coolness that is also simple, and unpretentious. 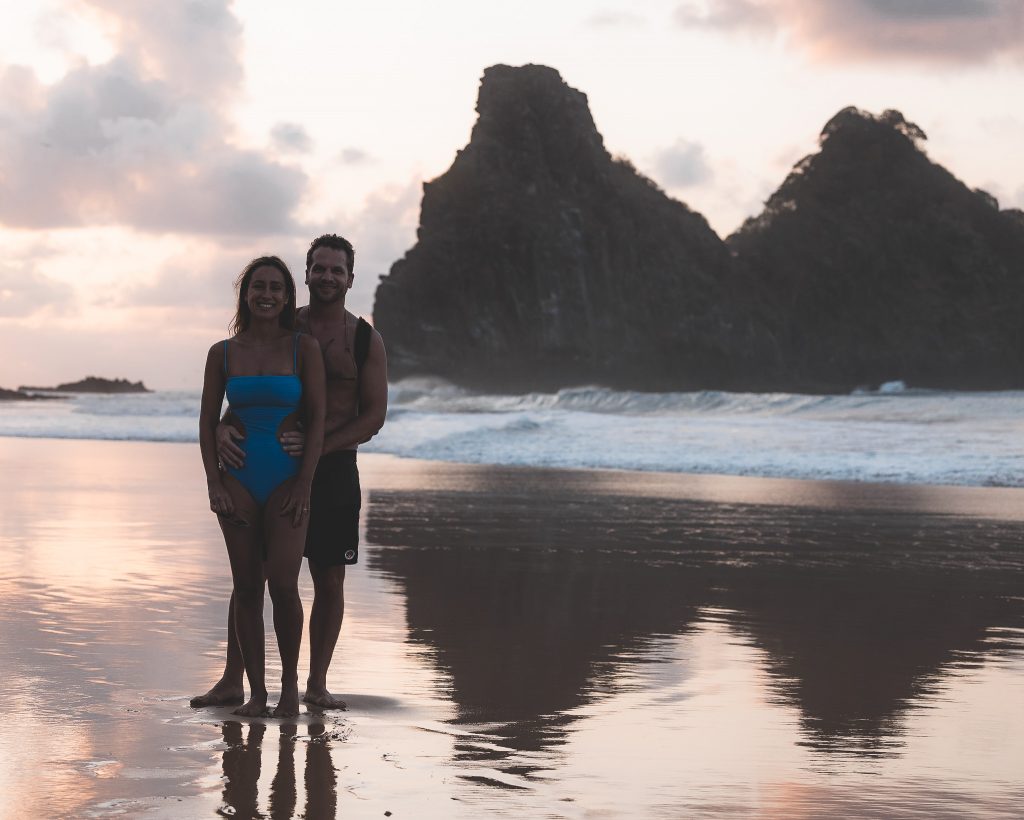