Into the wild Outback

For six days and six nights, I sit on a land cruiser and watch a never-ending highway in front of me. I observe the same vast and flat horizon for hours. The road, the sunshine, the red earth.  It’s dry as hell. I feel the dust getting under my skin and the sun warming my bones. We drive across iconic highways and go deep into the prehistoric outback of Kimberley – a geological wonderland in North Western Australia.

I love travelling in this part of the world. Western Australia is a region that reveals much about the immensity and singularity of our planet’s oldest continent.  In times of over crowds, it’s one of the last frontiers. So I keep coming back – year after year – exploring different pockets of this land that is a pot of gold for anyone in search of adventure.

Ten times the size of Switzerland, The Kimberley is one of the most remote regions one can ever visit. Even for Australians. I fly to Perth, then to Broome – from where the road trip starts. In the immense expanse, Kimberley is removed from the rest of the continent, lost somewhere in between Broome and Darwin. It’s an area of million-plus-acre cattle stations, yet it has only three towns with populations over 2,000.

First, we traverse the Great Northern Highway – whose paving completed in 1986 – for about 500km. We end up somewhere near the Mueller Ranges and set up camp on top of our car just after sunset. We sleep under the stars, over the moon, facing the Milky Way. The sky is so bright and feels so close that I have the impression I’m part of the solar system. It’s one of the darkest night skies in the world – a sensational feeling of experiencing unadulterated pleasure on the edge of the world. Camping across the Muller ranges

We wake up under a din of birds and warm sunshine – and still haven’t seen any other human on the campsite. Then, we are soon off again – to Purnululu National Park – 280 Km North and, since 1980, a Unesco World Heritage site. It’s home to the remarkable Bungle Bungle range, which is the obvious attraction, but also where we find extraordinary gorges, such as the Cathedral and Mini Palm Springs, and sacred Aboriginal sites. Bungle Bungles from above The Bungle Bungles are dramatic from any perspective. I observe them from the sky – over a helicopter safari – where I enjoy the limitless expanse of wan scrub; and also from land, as I walk along these sedimentary rocks and the chaotic meandering of the creeks. “The Bungles were formed partly due to dual stratification – a curious effect of sedimentation”, says the manager of Savanah Lodge, where we stay for two nights. “They are a result of thousands of years of erosion by wind and rain. Water has carved gorges – now walking paths –  into the heart of the massif”, he explains, “Go watch the Bungles over sunset at Picanily creek lookout. It’s madness”. As the adventure continues, we are back on the Great Northern Highway. Max, my husband, and I set off to El Questro – a vast and raw landscape of just under a million acres in the heart of Kimberly. Getting there is no joke – almost six hours drive into the impenetrable desert. This is a wild trip on a wild continent, where sun and rain are the great dictators. The area is marked by extremes of seasonal change, of temperature, distance, colour and human personality. I have been a few times to different parts of Australia but, here, in the Kimberly, is where I see aboriginals for the first time. It does take some determination to get to El Questro. We have issues with our car, which are soon resolved thanks to the help of an “Aussie” hand we come across on the road. So we go beyond the outback and stay at Emma Gorge resort, nestled in the shadow of the fiery red cliffs of El Questro’s Cockburn Ranges. I come here for the remoteness and isolation. But also for the unparalleled beauty of the landscape. From the air, the wilderness park is a vast and varied tapestry of colours, shapes and textures. At ground level, the detail of its rugged personality is revealed with spectacular clarity.

We explore the dramatic gorges, mountains and plains of El Questro by hiking, horse riding and chopper flight.  We hike up beyond the waterfalls to find pools for swimming where the crocs cannot reach. The El Questro and Emma gorges are incredible sites that – in the early morning – we have all to ourselves. And later on, when the sun sets, we watch the extraordinary glow taking over Kimberly’s sky – from the very top of Cockburn range and Branco’s lookout. Swimming in the pools at the end of El Questro Gorge Watching sunset from the top of the Cockburn ranges “Half of the fun of coming to the Kimberly is driving the iconic Gibb river road”, I hear from Max as we leave El Questro and head back to the road. The “Gibb” is a 650km of largely dirt track running through the heart of the region. “Now the real driving adventure starts”, he says. I am beyond excited.

The Gibb river road is a former cattle trail, and its first kilometres are the roughest stretch. I drive over the Pentecost River – a major river crossing – while Max takes aerial shots. I’m focused on driving, but I also look for saltwater crocodiles. It’s late August, which means it’s still dry season and road access is at its best. From November through March – the wet – it is an impassable cauldron of tropical torrents and mud. Roads are submerged, and structures can be washed away. The surrounding countryside is magnificent, and the track offers a tremendous sense of freedom as we pass through the wide-open country. In the next three days, on our way back to Broome, we traverse the Gibb river road and experience diverse sceneries, that range from lush, tropically vegetated river gorges to vast savannah woodlands. We hike up the pristine Manning, and Bell gorges and swim in their pure, clean waters. We camp for two more nights on top of our car, along the “Gibb”, under an out of the ordinary sky – which in the wild outback is just business as usual. The trail to Manning Gorge Waterfall After hiking to Bell Gorge We travelled to The Kimberley, Western Australia,  from August 24th to September 3rd, 2017. First, we flew from Singapore to Perth with Jet Star and then from Perth to Broome with Virgin Airways. We travelled across Kimberley’s wild outback on a Land Cruiser, visiting the legendary Bungle Bungles, where we stayed at Savannah Lodge and enjoyed an extraordinary chopper flight with East Kimberley Tours. From there, we drove to El Questro, where we spent three nights and experienced another remarkable chopper flight over the Cockburn Ranges. We journeyed through the Great Northern Highway and the Gibb River Road and ended the road trip in Broome, where we stayed at the charming McAlpine House and watched whales migrating with Broome Whale Watching. We flew from Broome to Cape Leveque with King Leopold Air. 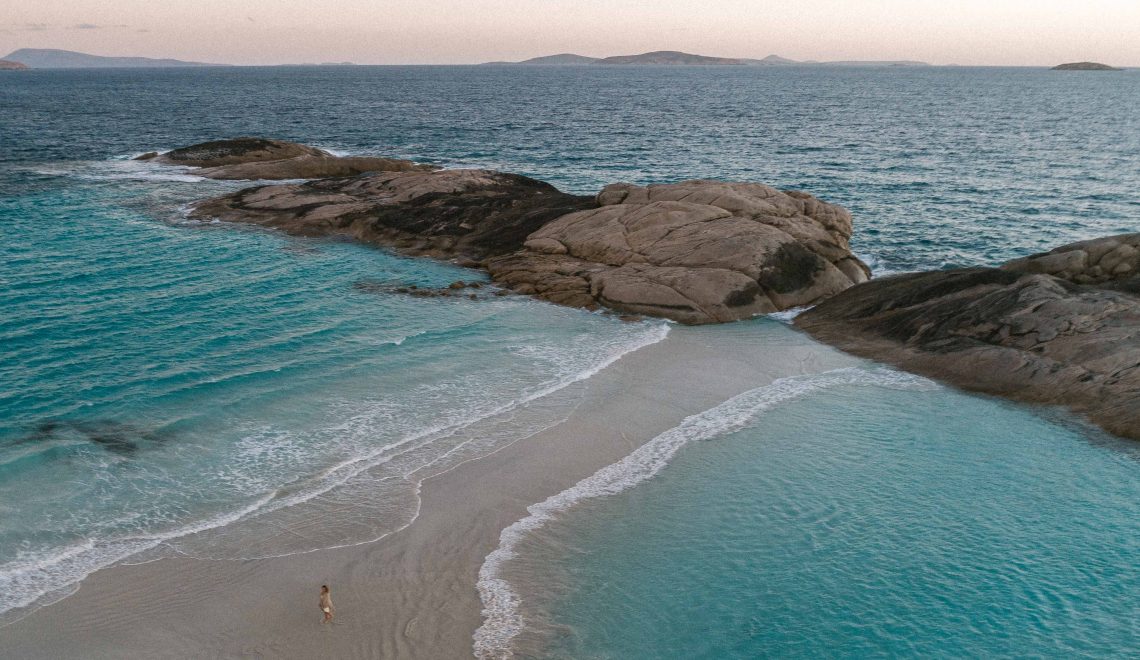 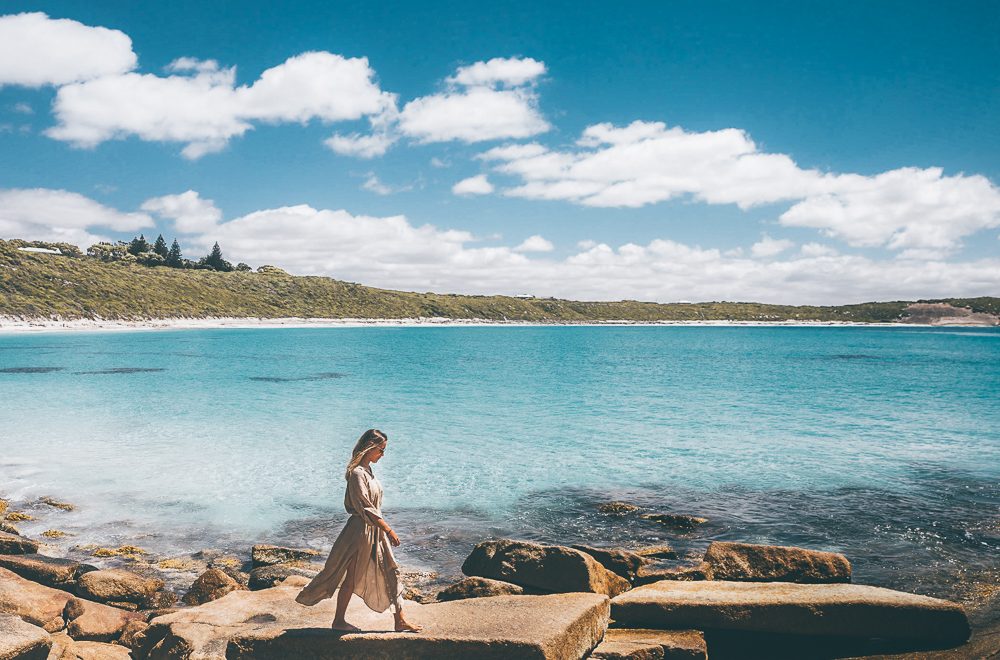 Travel Tips
How to acclimatise to solo travel

As we take the same dirt road driven by the iconic

On the edge of North Africa’s desert. Read my ne

Just before the pandemic broke out, I traveled acr

Nothing better than bringing the sea inside. More

It's remarkable the effortlessly sophisticated, th