When I take a taxi ride to Changi airport in Singapore, on a warm evening in late December, I’m aware I’m headed to New Zealand – a country I’ve been longing to go to. I have a brief idea of the itinerary: a few hikes to pursue, beach towns, wineries, restaurants to visit. But I’m not on full control of the program. I notice there are a bit more than the usual blanks in the plan. “We might give room for serendipity to take hold,” I’m told.

The first couple of days in New Zealand are pretty hectic. Max, back then, my boyfriend, and I land in Christchurch, and road trip across the rugged South Island on a campervan, which turns out a brilliant way to uncover the country’s wild spots. We stock up food in the van and head out to nearly abandoned roads as if we had the whole country to ourselves—the first route taking us straight to Lake Tekapo, three-hour drive south-west of Christchurch. We wake up the next day at the sound of birds with no sight of other humans but turquoise waters, the Southern Alps on the horizon.

Soon after a quick morning dip into the cold waters of Tekapo (there is no shower in our van), we drive towards Lake Pukati. On the way, unobstructed views to magnificent Mt Cook, the country’s highest mountain. In every corner we turn, something manages to take my breath away. I start to have a feeling throughout this land. We stock up some essential Pinot Noir at Felton Road and have a superb meal at Carrick vineyard for then continue the drive along the Shotover River. Passing through Arrowtown, a charming old mining town, we end up at the very top of a mountain, above Queenstown, in another wild campsite, once again with no other soul in sight, just phenomenal views, under a multi-billion star sky.

New Zealand has a wilderness that feels like a kind of paradise, a throwback to an untamed planet, where the landscape is unpopulated, and beyond extraordinary. Located in the south-western Pacific Ocean, about 2,000 Km south-east of Australia across the Tasman Sea, its closest neighbors to the north are New Caledonia, Tonga, and Fiji. It’s also one of the closest countries to Antarctica. Such isolation from the rest of the world means it has many unique plants and animals, which its government is committed to protecting. The South Island, the country’s largest landmass, with its mighty mountains, fjords, glaciers, and pristine lakes, is home to countless extreme adventurer spots. Here the majestic Alps run the length of the island and brim with geological drama the rich cultural heritage of the Maori – the ethnic group from eastern Polynesia that has inhabited the islands for hundreds of years. Road tripping on a campervan across New Zealand’s South Island If the South Island is a synonym of adventure – from alpine heliskiing, bungee jumping to zip-lining – it’s in Queenstown’s, a town that sits on the shores of Lake Wakatipu, where I feel compelled to take part of it and explore the great outdoors. We join a rafting expedition across the Shotover River in a sunshiny morning and venture high above the dramatic Southern Alps over a thrilling paragliding flight. There isn’t much to this place but beauty. Such is the outsized aesthetic of the South Island – a prowess that owes not a little to its often outsized dimensions. It is a place that seems almost to mandate indiscriminate superlatives and is magisterially beautiful on a different scale.

I love the feeling of being out, about, and having the freedom to take any route we wish; to choose which view to wake up to the next morning. A road trip in New Zealand on a campervan, therefore, uncorks our imagination and rekindles that curiosity that makes true travel so appealing. It’s right that we don’t have a comfortable hotel room bed or a proper bathroom. But where one sleeps shouldn’t dictate the journey. From Queenstown, we drive along Lake Wakatipu – New Zealand’s longest – to Glenorchy, taking one of the prettiest routes on Earth, to reach another wild, empty site and set camp at the northern end of the astonishing lake. Purple Tulips rise from the shores of Wakatipu with the Remarkables on the background. We cook dinner just before sunset, followed by a walk along a garden of Eden-like wilderness. I notice a broad smile reaching across Max’s face. He seems violently excited and talks about various things, including past, future trips, but also more profound thoughts. As the rhythm of the conversation unfolds, he hands me a beautiful ring. At this moment, the sun is almost down, and the sky glows. He has tears in his eyes.

Those blanks in our itinerary suddenly start to make sense to me. Max warns we’re about to have the most remarkable days of the trip. In the next early morning, we rise up in a chopper from a grass runaway to immerse ourselves in New Zealand’s most in-depth allures. We cruise around the Sutherland falls – the country’s biggest waterfall – and make a stop at the foot of an icon. We stand at the bottom of Milford Sound, a majestic fjord with a towering Mitre Peak. There is nothing like the rush of adrenaline the chopper affords – a sensation I am to experience most acutely when flying into the heart of Milford Sound. The views are electrifying from above, where I have a broader perspective of its pure rainforests and waterfalls, which plummet down its sheer sides. We venture into the rugged Fiordland area – a region that receives the same amount of rain as the Amazon. My stomach lurches as we approach the edge of a glacier until we sink to land on top of it. The snowfields, glaciers, and icefalls are opened up. We grab some ice and head back into the chopper. Beneath me, canyons, and crystal clear alpine lakes meandering through a pristine forest.

There is little more romantic than a place accessible only by a Helicopter. I guess that’s why we reach Minaret Station, a luxury tented camp set in a remote glacial valley, in the middle of nowhere, surrounded by towering peaks and no road access. It’s the 24th of December. We spend one night here – the most awe-inspiring Christmas evening I could ever think of. By flying in and staying at Minaret Station, we are able to afford an extreme experience because it is not an ordinary lodge. I’m deeply immersed in a priceless sense of freedom. But I am also wrapped up in treasured feelings I find hard to pull out into words, given the layers of meaning of a journey too precious to describe. I wake up the next day, hoping none of this is a dream. We helicopter back to our campervan and head to Wanaka, the gateway to Mount Aspiring National Park, a wilderness of glaciers, beech forests, and lakes. As we cross the West Coast, we stop at Franz Josef – one of New Zealand’s prime glaciers – and set camp next to a random beach we find on our way, where the van gets stuck in the sand. The following day, we cross the Southern Alps once again, via the Arthur pass, to exchange our camper for a regular car and move north. We watch sperm whales and swim with dolphins in Kaikoura, taste some delicious food and wine in Malborough and Nelson. As we leave the South Island and head north, we board on a ferry to Wellington, the capital, crossing the Cook Strait, which separates both islands. For the next eight days, we navigate across the North Island, which, despite being the most populated part of the country and lacking the giant mountains, also has empty corners and a compelling wilderness to spare. While the Southern Alps dominate the South Island, a volcanic plateau covers much of the central northern part of the country. So now, under different scenery, this expanded adventure takes us to Lake Taupo, then to Tongarino National Park, which has epic hikes that we are unable to pursue due to bad weather. We pass through the Glaziers of Rotorua, spend a few days in Auckland, at fabulous Mollies Hotel, and join an America’s Cup sailing tour. When I think there is nothing left to surprise me in this territory, Max takes me to Waiheke Island by seaplane to dine at Oyster Inn – a flip-flops-and-Panama-hats seafood restaurant. I enjoy Waiheke’ s charms and laidback vibe and find myself wishing I had more time for its pristine white beaches and award-winning wineries. We head back to Auckland in the same evening, so we continue moving north, to horse ride in Pakiri, a beach not too far from Auckland, and scuba dive across the Poor Knights Islands, a nature reserve off the east coast.

When I look back on this road trip from one end of New Zealand to the other, I think of how the raw nature whispers to me. I reminisce about the times when camping in the wilderness, Max and I entertain each other by digging into our dreams. In spite of all the places beyond the ordinary we go and see, I’m aware that meaningful travel experiences are often defined by the people we share it with. If good trips are like love affairs, where you are ready to be transformed, New Zealand is, therefore, where the poetry begins. Because it’s not only the epic landscapes that stay with me but also the way I felt when I was there. We traveled to New Zealand in December 2014 over a two-week road trip across the South and North Islands. For more details on our itinerary, please contact Nanda on nanda@weloveitwild.com 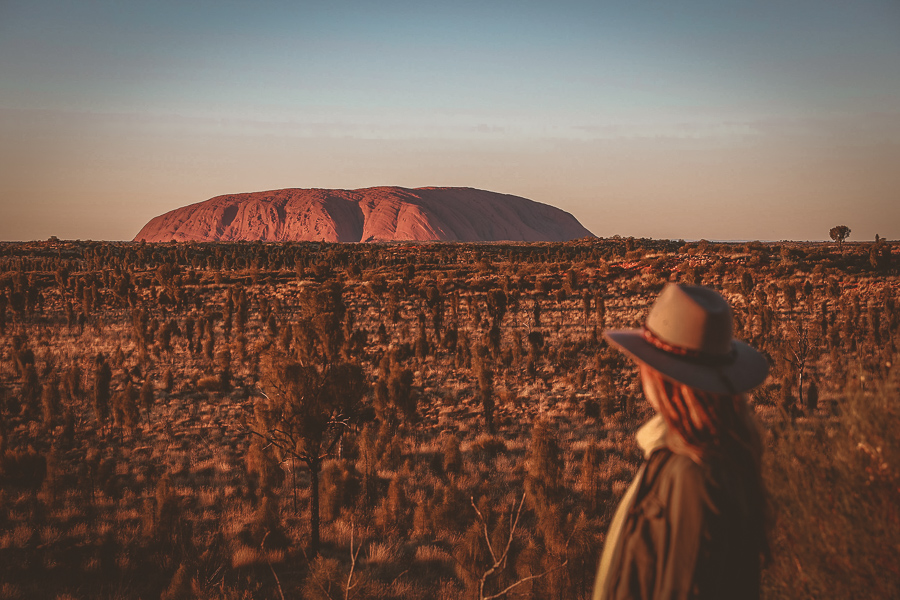