I love the effortlessly sophisticated, the outrageous, and the romantic sides of Italy, from a heavenly pasta to the most spectacular monuments. It’s capable of stirring emotion and touching every sense, in a way that’s unrivaled worldwide. No wonder its extraordinary mix of archaeological treasures, architecture, exquisite cuisine, and fine art has long proved irresistible to travelers. But as much as I adore Italy, I cannot deny that with all its allures, comes the inevitable growth of tourism.

Luckily not everywhere. I cannot bear the idea of ticking off tourist sites. That’s why I’m traveling in Umbria, Central Italy, that despite possessing all the attributes mentioned above, slips under the radar. It’s Tuscany’s neighbor, but much less discovered, where one can find something that Tuscany can no longer offer: privacy.

Umbria has an impressive share of art and history, but it is the local traditions and way of life that make it such a particular corner of Italy. Its unique position as the only region in the country without either coastline or a foreign border ensures it remains one of Italy’s most untouched areas. It is pretty much about its laidback local life, proudly preserving its trademark hilltop towns and protecting its landscape, which dips into valleys and slopes up forested hillsides to the towering crags of the Apennine mountains. It’s also proud of its distinguished history traceable back to ancient Etruria, which expanded over central Italy between 750 BC and 500 BC, before eventually succumbing to Roman rule. 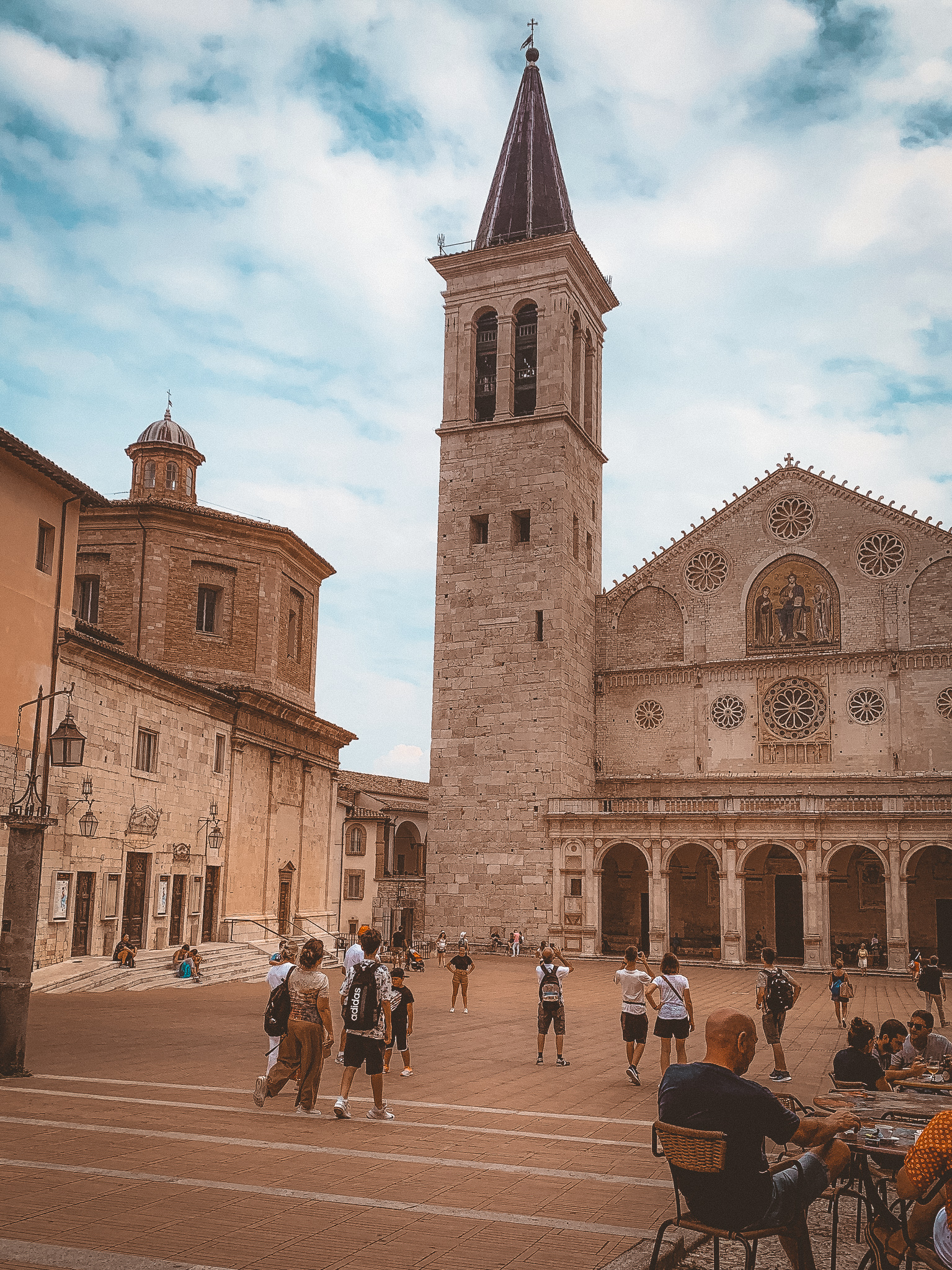 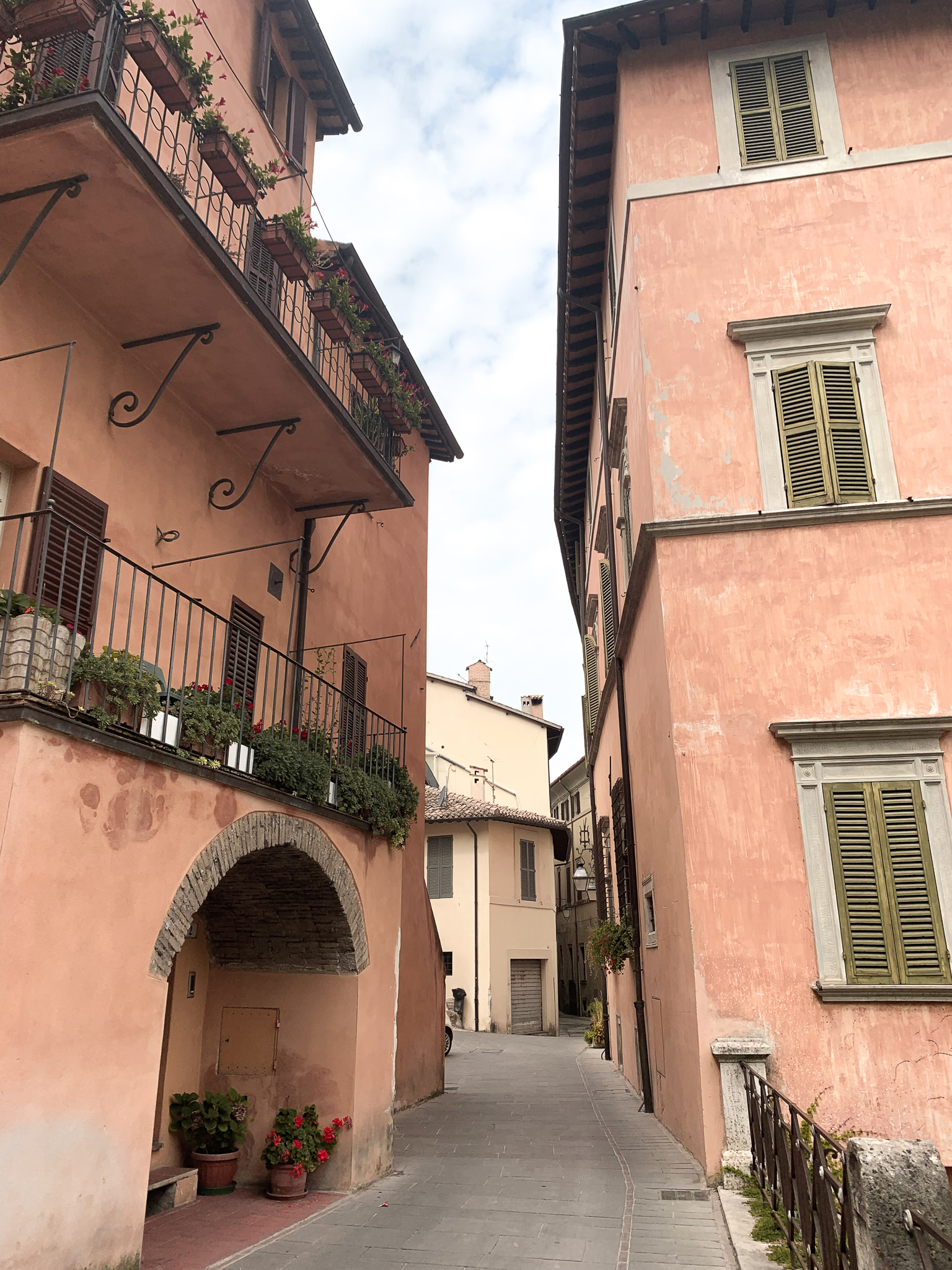 Umbria no longer sits in Tuscany’s shadow. It’s known as “the green heart of Italy” as it’s one of the country’s most fertile corners. Fine ingredients proliferate, and regional variety is pronounced. Here I find delicious wines and impressive medieval hill towns. There are plenty of Unesco World Heritage Sites to discover, too, including the city of Assisi or Perugia’s Umbrian Jazz Festival.

I take an hour and a half ride by train from Rome to wander around the honey-stoned churches, cathedrals, and medieval streets of Spoleto, which is a Renaissance jewel and an incredibly charming Umbrian hill-town. I hear about superb restaurants, art galleries, as well as Spoleto’s annual arts festival – considered one of the most renowned of its kind in Italy and beyond. But I also hear about Spoleto’s beautiful pastoral countryside, so I take a short ride by car – around 13 km – to go deep inland and spend my days surrounded by woodland, overlooking mountains and valleys.

And all of this on horseback. I stay at La Somma Equestrian Centre in Southern Umbria and meet the Bevilacquas – a traditional Umbrian family who have been running La Somma lodge and Equestrian Center for more than 35 years. I immerse myself in much more than the scenery but also in the Italian culture by going on trail rides every day of my stay accompanied by some of the Bevilacqua’s family members. They take me to tracks that outsiders usually are not able to ride on. We go far from the roads and have glimpsed views of a disappearing rural way of life.

Our rides take us past tiny chapels in the middle of nowhere, abandoned villages, small farms. The landscape is quiet. We hear little except for the breath of the horses, the crackle of insects, the crisp summer grass snapping under hooves. On my last ride, we go back over the hills via a village poised on a rock outcrop, which is home to just two people, an old man, and a woman. Then, we gallop hard along stony tracks and see no cars – not a soul, in fact, for the rest of the day.

Riding in the mountains of southern Umbria gives me a perspective of an unspoiled corner of Italy that I could not experience otherwise. We ride, we rest, we fall into the smooth rhythm of talk and silence. Then, we ride again and observe the scenery ranging from the open country on the rolling hills and mountaintops to serene woodland tracks. Along the various routes, we stop to enjoy divine lunches, which always involves some fabulous pasta accompanied by local wine. After all, this is an authentic adventure among medieval villages in a remote pocket of a country that cannot resist a remarkable, tasty meal. 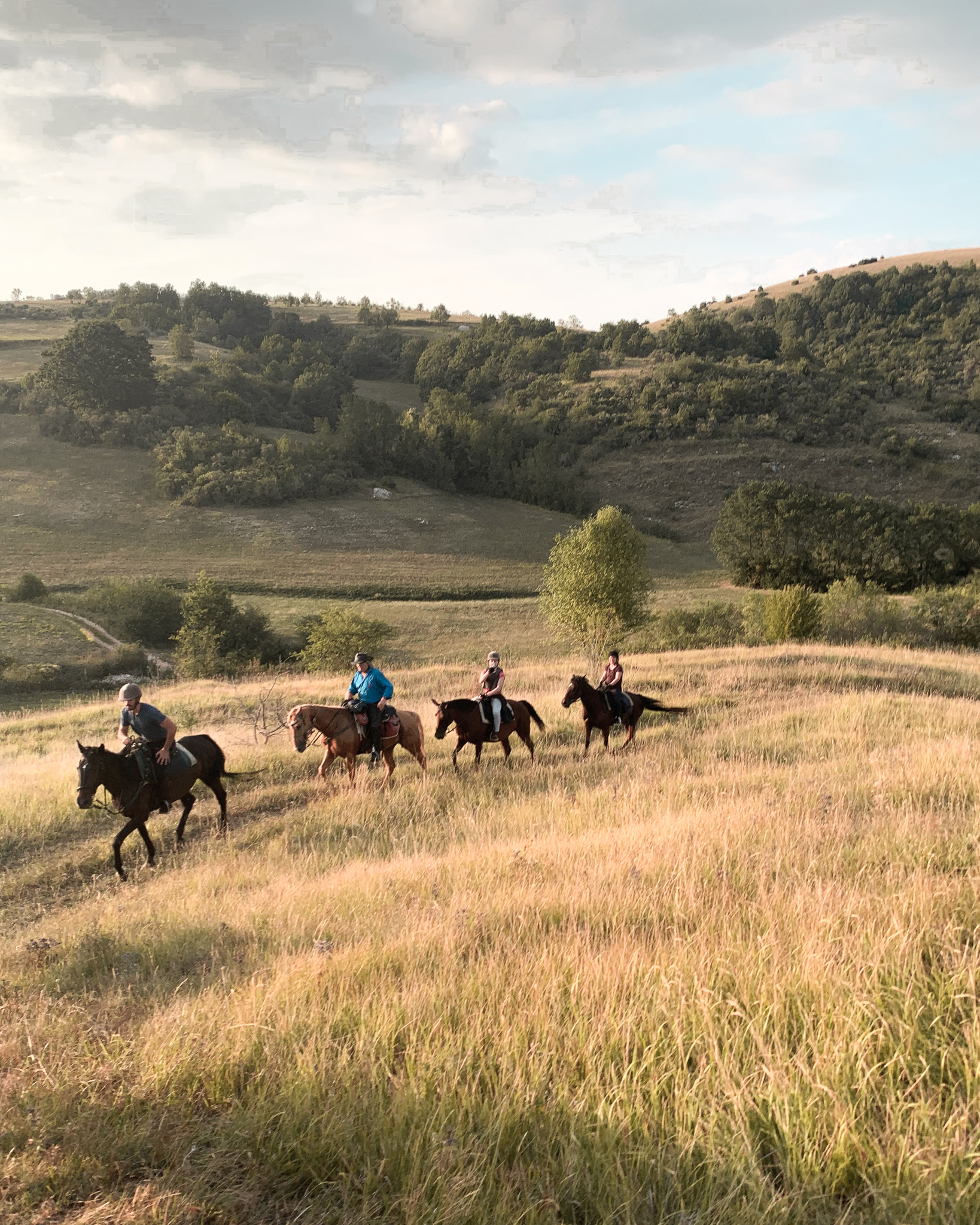 Riding the mountains of Umbria on horseback 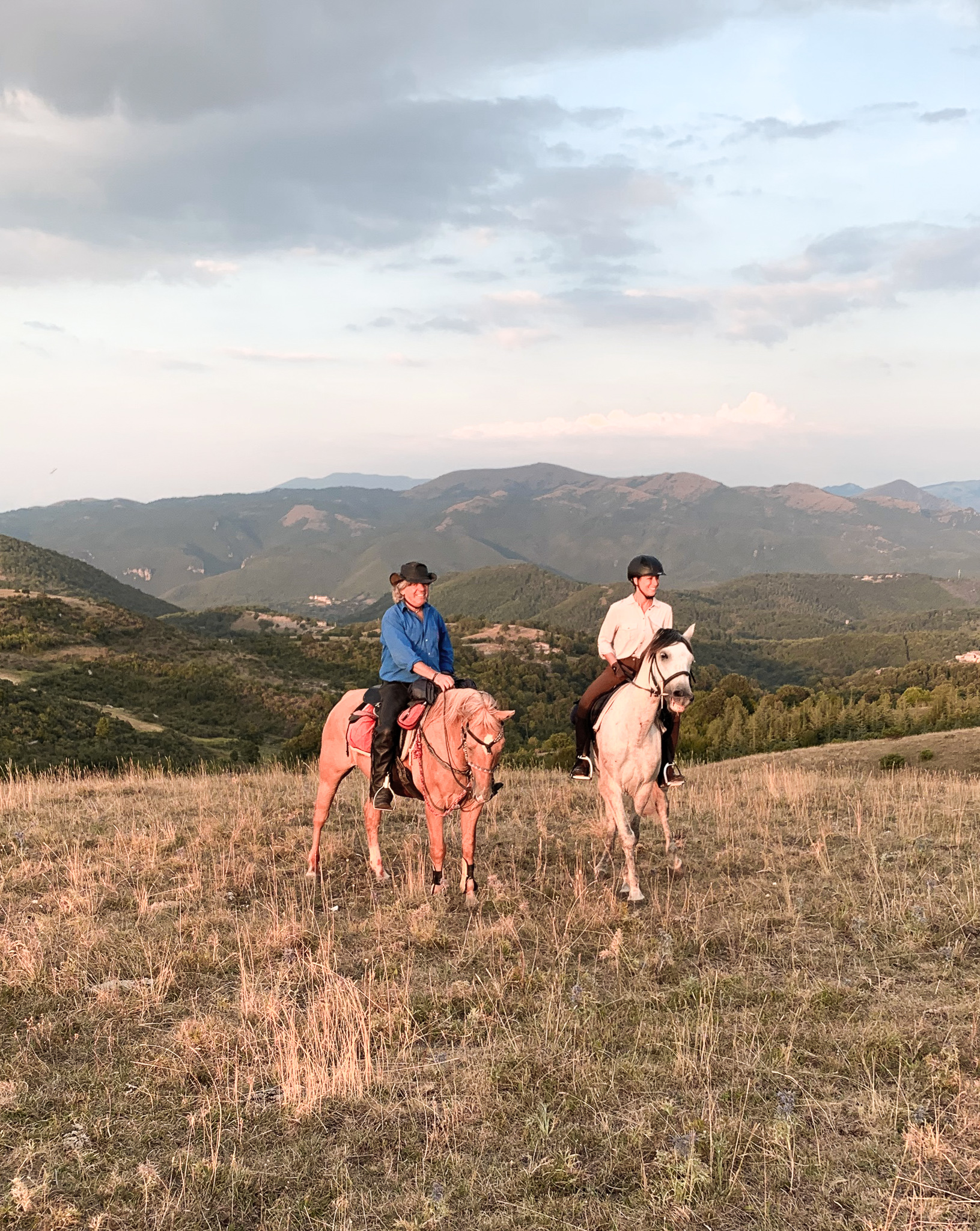 Nanda traveled to Umbria in August 2019. She flew from Munich to Rome with Lufthansa and stayed at La Somma Equestrian center in the countryside of Umbria.

Thank you for the refuge, Rio☀️ ps: mask off j

How often exiles romanticize the landscape of the

Summer in full bloom. When I stepped out of the pl

When I put my eyes on the Ali Ibn Hamza Shrine, in

@maxhaensel took this killer shot in the Abbasi Gr

The colors of Aladaglar Mountains, or Rainbow Moun